Pop-rock band Hungover has just released a new EP, titled WILT. The release is a couple of years in the making for the Orlando-based quintet. The eight song album features three new tracks and was produced by Smartpunk Records. A compellingly honest piece of work, WILT is a series of stories about moving on that flows seamlessly from track to track.

Lead vocalist Marc Cortes takes listeners on a journey of cleansing oneself from all of the negative, stressful things that wear you down. According to Hungover, WILT is an acronym that stands for “When I LoseTouch.” The songs on this album are a compilation of beautiful lyrics that say goodbye to relationships, friendships, and behaviors that they are ready to let go of.

The instrumentals go hand in hand with the lyrics that Cortes sings, with Evan Colson on backup vocals and guitar, Sean Connors on guitar, Austin Barney on bass and backup vocals, and Gabriel Santiago on drums. The chemistry that the band has with each other is evident throughout their music. Every beat is intentional and their talents fuse together to create an astonishingly cohesive work of art.

Hungover Tackles the Past to Move Forward

Initially released in 2016, WILT has gained rapid attention and has found a place in the hearts of fans across the country. Their re-release with Smartpunk Records has pulled the up and coming band even farther into the spotlight, gaining new listeners as well as giving some hot new tracks to loyal fans.

From “Three’s Company to “Irish Goodbye” to “Sleep Alone,” listeners are swept into the world of the artists and are given front row seating to the intimate moments, heartache and self-empowerment of the musicians. You can keep up with current news and new music by Hungover on their social media pages as well as their official website.

Keep up with Hungover: 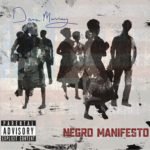