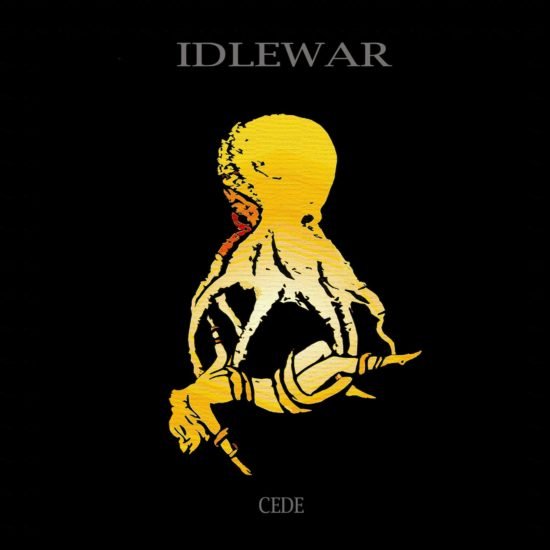 Since forming, Idlewar has become a juggernaut with their style of hard rock. Since their debut in 2015 (their EP Dig) they have continued a trend of improving on an already impressive previous release. As a result, Fractured was hailed as their best album by reviewers and fans across the globe. So, when they announced they were working on new material, the pressure was on.

James Blake (vocals, bass), Peter Pagonis (drums) and Rick Graham (guitar) were confident that they could meet the expectations of their fans. When they hit the studio, they kept everyone posted with updates and snippets of what they were cooking up. With each post on social media, the hype for the new batch of songs increased. After all of their blood, sweat and maybe tears, their new album Cede was completed.

Before Cede got released onto the world, they showed fans what to expect by releasing the single “Hey Old Man”. From its start, their familiar grungy tone comes in to play. Then Blake’s impactful vocals join in with “You left it / Up to all of us to find / Where you kept it all / The treasure you had was / out of sight”.

As the single showcased, Idlewar did not stray away from their winning formula with the new album. Cede offers more of their no-nonsense style of rock which the guys deliver with confidence. They do so with an impressive range of moods as highlighted with “Bullet” and “Scratch”.

To accompany their relentless soundtrack, they have the vocal talents by Blake to help bring their words to life.  He does so with an impressive range that can switch with such ease as “Bullfight” can testify. The introduction shows off a voice that has a rock growl with a soulful undertone. It is used to deliver “Raise your sword to please the crowd / Throwing praise and flowers at your feet / Hail to the sound / The call to put him down”. As the song approaches its end, the mood intensifies. Especially with the lines “You had lost the bullfight / You had lost the right / To dance with the devil”.

‘Cede’ is one of the finest rock albums you will hear this year! It is essential listening by Idlewar

Most fans become attracted to the music of Idlewar by their sound. However, under the surface, their lyrical quality is equally impressive. There are many songs that highlight this talent, but “Forsake” is one which stands out the most. It reflects the emotions of giving when life gets tough. It does so from the start with “Reeling from the ebb and flow / Feel that struggle no one knows / Crying in the pouring rain / Smiling…bury the disdain”.  However, they deliver hope with the final lines “Take your loves and / Hold them close / Till it feels like / Home”.

Saving the best for last, Idlewar creates an unforgettable moment with “Salvation”. Its intro slowly builds as the trio set the mood. Then Blake adds his vocals to begin an impressive showing off their lyrical talents. Their story starts with “Left their home, their lives to save / Remember what they’re told / Hiding will keep you safe”.

It flows along nicely until the band sets their music free to deliver the lines “Salvation….it’s coming around / Salvation….through the underground”. Here is when they are at their best. It is not only the best from Cede, but has to be in their top 5 songs of all time.

Yet again, Idlewar has assembled a collection of songs that is essential listening. How do they keep producing albums of such high quality? It must be their genuine enthusiasm for creating new music. Grab a copy of Cede today, then press play. It will not disappoint! 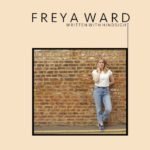 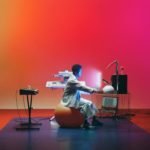