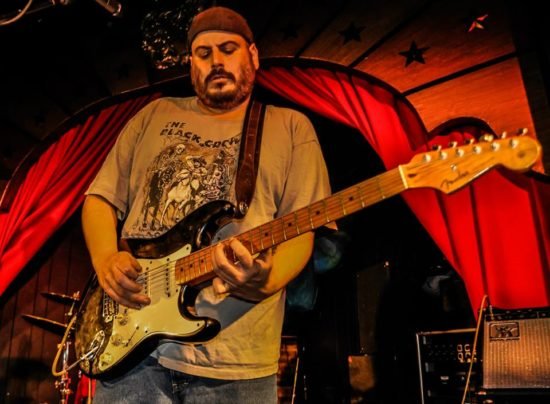 We must always appreciate the artists that came before us. They put in the time and work before we even considered diving into the music world. We must also take their lessons to heart and use what they learned as a way to help us skip over the potholes that are littered along our journey. Jason Fox has been making music for quite a while and has plenty of knowledge to share.

We caught up with the talented blues-rocker to get a deeper look into how he reached the level he is at now. Enjoy the interview:

First off, tell us about how you got started in music?

It all started when I was in the military, I went to a Stone Temple Pilots concert one night and was blown away. I got so excited I ran out and bought my first guitar. It did not take me long to figure out I needed lessons, so I have been a student ever since then. I am still trying to figure it out, it is a lifelong process.

How would you describe the Jason Fox sound?

My sound has evolved over the years it used to be very pop rock but now I feels it is more blues-based, and I jam out a lot more. It a lot more powerful live, its been described to me from one of my supporters as a force that moves you

Which artists have been the biggest influences for your music?

Well as you know STP popped my cherry. The Gin Blossoms of course, But I think The Black Crowes and their tendency to use alternate tunings made them stand out from other bands. And they turned me one to so many other bands like The Allman Brothers, Gram Parsons, The Band and Joe Cocker, Leon Russell. They say your music choses you and if that the case I have been very blessed.

You have been a part of the music scene on both the East and West coasts of the US. Tell us about the differences?

Well on the East Coast Bands play a little earlier in the night. If you are on the West Coast you do not want to play before 11 pm. The scene on the east has a very manic energy to it the bands have a sense of urgency to go out and kick some ass. On the West Coast bands seem more into having an experience. Punk rock is a lot more popular on the West Coast and a more visible part of the culture. Not to take anything away from the East Coast but you see more mohawks on the west coast. There Seems to be more enthusiasm from crowds in the east but west coast crowds are more open mind. Your also never know who will show up to your show on the west coat there is a lot more urgency to be seen for celebrities out on the sunset strip. New York does not have an area where just music happens its more spread out around the city…

What is it that drives you to create music after all these years?

How does a song come together for you? Tell us about your songwriting process?

It all starts with the key for me. I start out by picking out a key and then come up with a progression that is pleasing to my ear, then I will build harmony parts around it. Finally, I write the lyrics and try to figure out the melody. Sometimes I will start with the lyrics and work in reverse. Sometimes it just literally pops out of me.

Share some advice for other artists looking for a long career in music?

Do not go on a game show and ask people to like you. Start out by playing on the street and putting out a hat and busk get accustom to rejection so that way you are not affected by it. Then you can look to the next phase which is booking a gig. You are not going to book every gig you want so be flexible. There is a lot of bad advice out there about not playing live until you have built up your online presence. Take any gig you can get be professional even if you are not getting paid or even worse loosing money. Playing to 3 people in an empty bar is better for your craft then spending 7 hours a day online. Any success you have will come from education, effort, and perseverance. Know that many are called but few are chosen.

Give us a look at the future of Jason Fox.

Well I would like to think that I will have a much bigger catalog in the future. I have few recording projects in the works, one is an acoustic album that I would like to get out by the end of 2021, I also have a project I will record in Nashville with Johnny Neel when this whole pandemic is behind us. A then an electric album and tour after that. I have no plans on slowing down or taking it easy.

Keep up with more of the Jason Fox journey HERE. 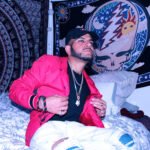 TripleYoThreat Makes Sure He's "Always Lookin' Fly As... Previous
Decide to go with REDD or bluu in the NuRenaissance Next 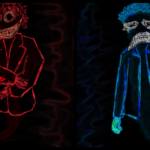