Loose Buttons presents a situation in which plenty of us have been. Two people date for a while, but one half of the couple realizes it’s not working out. The other half desperately tries salvaging whats left of the connection. They break up.

It’s all cool though because that hopeless romantic afraid of being single writes a kick-ass rock song about the experience.

Well maybe it’s not entirely like that, but you get the picture.

Sundays features four songs — “Tales Of What I’m Used To,” “Am I The Only Reason,” “Milk & Roses” and the standout single, “Between Brick Walls.”

In a press release, Loose Buttons front-man, Eric Nizgretsky says, “‘Between Brick Walls’ was penned after a much-needed epiphany that my ex and I were fundamentally wrong for each other. Being the train-wreck romantic that I am, I made the mistake of keeping the relationship alive for much longer than I should have. Truthfully, I did it because I was insecure about being alone. The song is about going through the motions to avoid that dreaded loneliness.”

Nizgretsky sings on the track, as well as the rest of the EP, with distorted and saturated vocals reminiscent of Alex Turner of the Arctic Monkeys or Julian Casablancas from The Strokes.

Sundays proves Loose Buttons is not only “New York’s first ever indie rock band,” but also one of its finest.

If you want to stay updated with Loose Buttons, check out their Facebook. 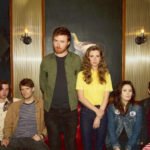 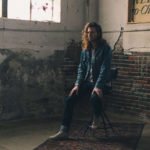