Love Machine Show the Future with ‘Times to Come’

German Americana rock is the sound of Love Machine’s album Times to Come.

Love Machine takes folk rock elements and mixes them with psychedelic technological effects, making a somewhat European take on classically American aesthetic. The band takes a cue from the Krautrock trend of ’70s Germany. There is a theme of hypnotism that contributes to the feeling of an altered state of consciousness whilst refraining from meditative minimalism. It’s a look to the times of the past to look into the times to come.

The first single that was released from Times to Come is called “Blue Eyes,” an ode to classic rock. The song rolls along in a peaceful but punchy fashion. There’s a good deal of repetition in the instrumental rhythm during the verses, making a catchy tune one can follow easily and enjoyably. The vocals are a part of Marcel Rösche’s creative contribution.

He fits the sound one envisions with a psychedelic rock band, complete with a boisterous, rough timbre soulfully commanding the room. His words are sometimes over pronounced, but he sings them so wonderfully that its hard to notice or get mad at. The slide guitar is a really nice touch on this track too. That is a true Americana staple that, in this case, is used to create cool resonance tones. It’s kind of transformative.

Times to Come contains songs that are contemplative, as the title suggests, about the nature of society and how time changes relationships. The second single off the album is “Times to Come.” Love Machine slows things down a bit to show a slightly somber side. It is an acoustic number with tambourines and harmonies in a beautifully pared down way. The song is perhaps the most obviously folk influenced one on the album with subtle eastern instrumentation added. This was a great choice because of the dissonance they create, which also amplifies the meaning of the lyrics.

Love Machine may be from Germany, but they play like they’re American. Their album is incredibly nostalgic but is interesting because of the use of contemporary technology to expand beyond the 70’s rock conventions. Peace, Love Machine, and Krautrock. 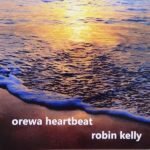 Robin Kelly Lets Us Listen To His 'Orewa Heartbeat' Previous
Last Japan Releases Single 'Wrong One' From Upcoming... Next 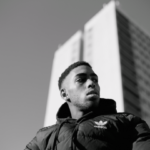