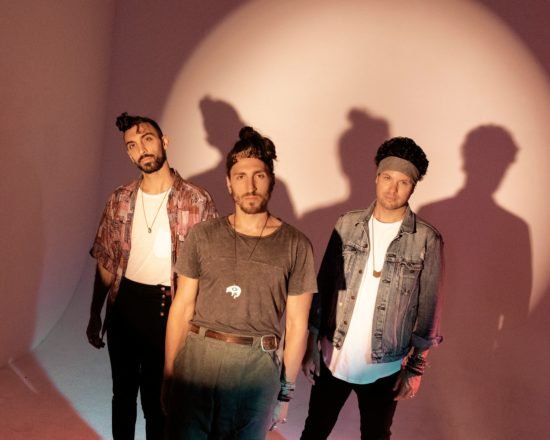 The new release “Disaster Party” from Magic Giant comes just in time to remind you how chaotic the end of the year can be. Luckily, their sunny indie folk will have you whistling while you work instead of tearing your hair out trying to finish that huge list of To Dos.

With the holidays right around the corner, it’s hard to remember the extreme heat that accompanied the catastrophic wildfires running rampant through LA. Magic Giant commemorates the strength through unity their neighborhood faced during this deadly event with their new single, “Disaster Party.”

A recent press release states, “The band was out in the valley recording at a studio that almost got consumed by flames. The neighborhood got together and created their own mini force and fought the fire themselves when needed.” The trio asserted, “The energy in the air wasn’t static. It was electric. For the first time it was not a neighborhood but a community. That kind of meeting, those real words exchanged, are a Disaster Party.”

The boys that make up this frenzied, fun-loving group have made quite the impression since Magic Giant was formed in 2017. Austin Bisnow (lead vocals), Zambricki Li (banjo, violin, harmonica) and Zang (acoustic guitar, cello) may not have all come from the same town but they act just like brothers. In an interview with All Access Music, Bisnow and Li started recording music together before stumbling upon a Youtube video of Zang salsa dancing. “Austin and I were already friends​ when we found Zang. We saw him playing on stage with a mutual friend, looked him up and found videos of him dancing salsa. We were mystified! So we snatched him and we’ve been best friends since.”

With only one album under their belt, Magic Giant has made some serious headway, touring with well-known names such as The Revivalists, Vance Joy, Atlas Genius, and The Lumineers. They have also played at some of the biggest festivals in the United States, such as Coachella, Firefly, Electric Forest, and Lightning in a Bottle, earning them praise from DuJour as “the most festive band in the festival circuit, quickly becoming a must-see.”

What can you expect to see at a Magic Giant show? High energy, radiant positivity, and instruments upon instruments upon instruments. This group is difficult to classify as any one genre because onstage you’ll find (in no particular order) orchestral drums, banjo, trumpet, saxophone, harmonica, synthesizers, electric bass, cello, viola, violin, dobro, lap steel, mandolin, and more. It’s a lot to follow in addition to the near-acrobatics being performed by each member. Magic Giant is a group of performers and the audience is guaranteed entertainment.

Want to catch a show? You’re in luck because the boys begin co-headlining their United States tour with American Authors January 16th. Check out the following dates to see if they appear in a town near you:

You can check out a video of Zang’s salsa here (we knew you were curious): 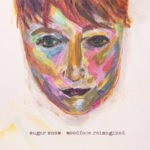