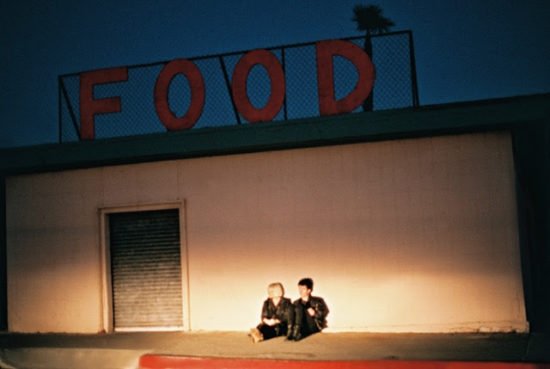 I’m going to lay it all out on the table now and say that “Run Mascara Run” by The Raveonettes might just be one of the most interesting songs I’ve heard lately, if not in my whole life. You’ll find out why soon enough.

Let’s start you out with a little background history first. The Raveonettes is described as an indie rock duo which consists of Sune Rose Wagner and Sharin Foo. Formed in Denmark in 2001, the group basically does it all by themselves. They’re here to show us that it doesn’t always take multiple members to cover vocals, guitar, bass, etc. Sometimes it just takes two. (Not quoting the popular song from the ’60s…Or am I?)

After gifting the world with 7 albums, The Raveonettes have started a new project where they will release a new song every month during 2016 before collecting them and releasing them as an album. They expect the result to be “potentially schizophrenic and disjointed, potentially cohesive and related.” I’ll have to say that the newly released “Run Mascara Run,” the second song of the effort, is one of those that are schizophrenic and disjointed.

The song starts out in a very sing-song tone with a hint of danger in the instruments in the background, particularly the sinister echo of the snare drum. I get the feeling that they are singing us a lullaby straight from a fairy tale while it actively morphs it into its distinctly darker Brothers Grimm version. While the vocals appear to be soothing and gentle, the lyrics read out a much darker story.

The accompanying lyric video starts out with a warning to anyone that has photosensitive epilepsy that there will be bright flashes throughout. DO NOT IGNORE THIS WARNING. It’s no joke. The bright flashes started to hurt my brain after the first minute of the video (but my love for the color purple and my interest in the dismal lyrics kept me watching).

The song takes a turn at the 1:28 mark, when it transforms into a lyrical whisper of dismay and horror. Chants about walking through cities of fire and exploding Roman candles and nuclear rain seem to envelop you in a cloud that scares you, yet intrigues you at the same time.

The song goes back to it’s calming nature a little less than a minute later and soon fades out into static buzzing in your ears.

The Raveonettes’ “Run Mascara Run” both enticed me and left me wondering exactly what it was I just heard. By no means uninteresting or dull, this song had me feeling just a bit disturbed, but somehow completely at peace.

Check out “Run Mascara Run” and January’s tune, “This World Is Empty (Without You),” and keep track of their progress here. 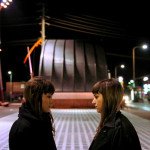 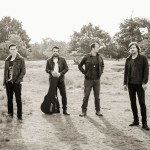