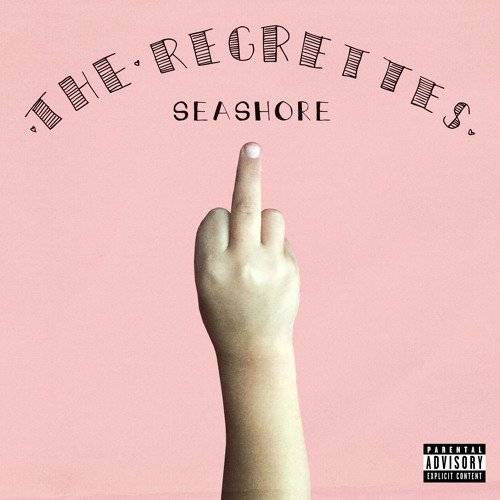 Their latest single “Seashore” is no exception. Debuting on Consequence of Sound with a middle finger as its album art, the song is a flip of the bird to anyone who has ever discriminated based on gender.

The Regrettes Regret Nothing On Latest Single

The track opens with playful guitar plucks but Night lets us know she isn’t fooling around. “You’re talking to me like a child / hey, I got news I’m not a little girl / and no I won’t give you a little twirl,” she echoes while her band mates coo in harmony over clicking castanets.

The peaceful sounds of each verse come to a head as she repeats, “You’re talking to me like a child” – only this time drawing out the final note to thrust into the chorus. I’m reminded of the lo-fi sounds of acts like Hinds and The Big Moon the way Night’s raw vocals are delivered over wailing reverbed guitars.

The chorus is where the band’s garage rock identity emerges since the verses are a bit calmer than some of their earlier sounds like “Hot” or “Hey Now.” It’s the lyrics that pack most of the punch, as Night sings, “My words are growing stronger / and my legs keep getting longer / I’m like nobody else / so you can just go f*** yourself.”

In a pinned tweet posted to their official Twitter account on November 9th, the band dedicated “Seashore” to Donald Trump. It’s anyone’s guess as to why.

The Regrettes have four upcoming tour dates this winter opening for The Frights and Cherry Glazerr. To learn more about the band and check out a gig, visit their website. 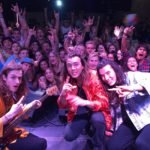 The Bash Dogs Bring Classic Rock Back With A Bang + Video... Previous
Big Head Todd and The Monsters Crowdfund New Album Next 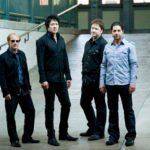