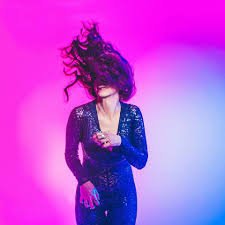 Really big things are happening in music right now thanks to technological advancements being made in the both how our favorite artists are recorded and even how their work is inevitably presented to us. While I’m no opponent of computers or the future, there’s something really unique about an artist who chooses to reject the bells and whistles that the modern studio has to offer in favor of making something more organic and raw. Sarah Clanton has done just that in her new full-length album Here We Are, which comes out this November and stands alone as one of the most authentic LPs to be released in 2018. And she is giving all of us a chance to be part of it with a Kickstarter campaign

There’s an element in the sound profile of Sarah Clanton that has always struck me as different from any of her closest contemporaries in or out of the Nashville scene. I think that with Here We Are I’ve finally been able to figure out what it is. She’s the kind of artist that doesn’t need a backing band behind her to command the attention of an entire concert hall. The interplay between her vocals and the cello are enough to mesmerize any crowd of people regardless of personal taste, not unlike some of pop’s greatest icons of yesteryear.

The tonality of songs like the freewheeling “Head Games” is so haunting that even a single listen will leave an imprint on the listener. “Head Games” explicitly is a fine example of Clanton’s use of swing to generate an optimistic, almost cheery energy that defies the minor key descent of the song’s central construction. With a rollicking beat to match, we’re taken hand in hand with the music down a rabbit hole of kaleidoscopic textures normally associated with a symphonic recording. I would challenge anyone to give this track a listen and try resisting the urge to shake to its insatiable groove.

Other songs like “Breathe In Breathe Out” put a spotlight on Clanton’s affectionate prose that wraps us up in warmth and comforts us, even when the subject matter is heart-wrenching to observe. Here We Are is a larger than life record, but it never gets so overpowering that it becomes inaccessible or insular in its narratives. Clanton has found a formula for making an LP that is much quieter and reserved than similar fodder but packs a punch more akin to a thunderous heavy metal album than it does a plaintive pop record.

I would love to hear a collaborative record between Sarah Clanton and another artist with equally ambitious ideas. She brings so much to the table that it would only seem natural to team her up with likeminded individuals who share in her passion for making thoughtfully original music. So far she’s done quite well received solo, but my gut tells me that her persona has only just begun to come into its own. She’s not nearly finished showing us what she can do when she’s given free reign over her art, and I’m very eager to hear what she has in store for us next. 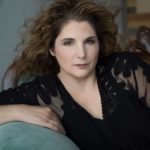 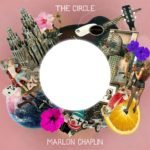 The Benefits of Playing Cello