Scarfoot Survives with the ‘Cactus Killer’ 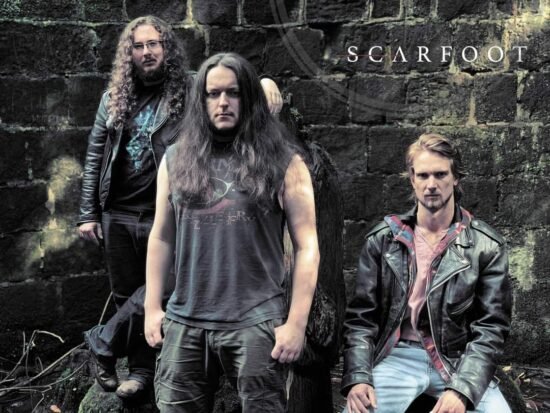 In the career of any band there will always be hurdles. Momentum and lulls. Stops and starts. This all came to a true head with a worldwide pandemic basically shutting down the music industry for the past 2 years. Many bands curled up and died. Others sucked it up and found new ways to hold on and continue their dreams. Our recent discovery Scarfoot is one of the success stories.

The 3 piece band hails from Merseyside in the United Kingdom. Scarfoot consists of Ollie Carins on guitar, Phil Eakins on drums, and Rhys (Moggy) Jones on bass. (Ollie and Phil share in the vocal duties). Together they create a genre of metal with elements of stoner, doom, and dark prog styles.

After starting to pick up some steam with a bunch of shows in 2019, the music world came to a halt. Lockdowns stopped momentum and may have ended a weaker band. Scarfoot turned inwards and focused on what they could do instead of what they couldn’t. This led to some musical development and music videos that have garnered over 16,000 views to date.

The hottest of them was for their song “Cactus Killer.” The power metal and churning guitars grab you right away. The melody will sneak into your head quickly. The vocal attack wakes you up from the stoner trance Scarfoot was putting you in with a specific growl. A strong chorus will stick with you long after the song is over.

The video is a real feat of accomplishment. With lockdowns preventing original ideas for the music video from happening, new imagination arose. Moggy dove into a new concept dreamed up during the madness of forced solitude. A cactus wrestling match. (You read that right, lol). And what an amazing result came from it. Lo-fi animation over some small succulents battling it out is just what we all need right now.

Scarfoot has the grit and imagination to make a big dent in the metal world this year. With a finalist showing in the Bloodstock Festival Metal to the Masses competition in 2021, the powers that be are starting to take notice. Keep an eye and an ear out for more. But keep your fingers away from the cacti!

Find more from Scarfoot at: 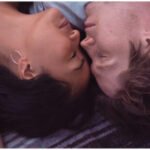 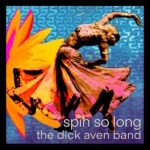 Testimony Of Apocalypse Rises To ‘Take My Spirit’

Bilk: The Next British Green Day

IBG Interview – 8 Questions With… The Fae