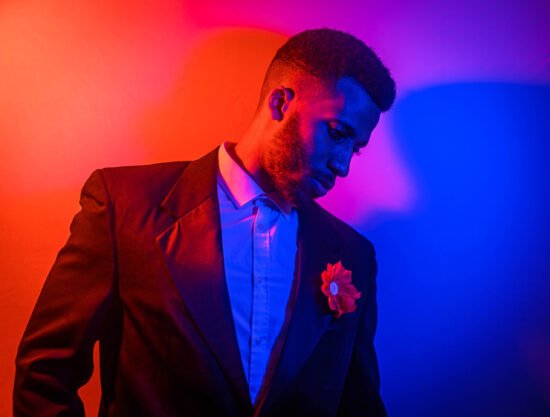 The most successful independent artists these days know that you need to keep consistently putting out new music. The fans are hungry for more and will move on quickly to someone else if you have nothing for them. Our new friend Shaney Poo is ready to deliver with another new album Mr Shane.

We got a preview look at the new music video for the single “Back Then Back When”. It is a top notch production that shows the true skill of Shaney Poo and the BLAC pop crew. The sweet R&B beat fills the speakers as the flows take us into the real world of the artist. This starts the vibe and message that he is trying to share.

We caught up with the talented rising star for a deeper look behind the scenes. Enjoy the interview:

First off, what continues to drive you to create original music?

– I’m an original, or at least I’d like to be seen that way. Music is like an expression of your inner self, so my music is my chance to express my inner emotions, thoughts and imagination to the world.  In my opinion originality in music is difficult to come by in today’s landscape. Original people tend to be fearless in their approach & keep my attention and have me guessing for what’s next. I encourage everyone whether you’re an artist or not, to just be yourself, somebody will always appreciate you.

You have been able to consistently release new music. Where do you find the inspiration?

– The consistency comes from the many ideas that are placed in my mind, sometimes I lose ideas because I forget to write them down but I believe that’s one of the many talents God gave me…a creative flow of ideas.

Also I built my own studio long ago, so I can create songs exactly the way I envision them and take my time doing it. I really get inspired by everyday life, from my own experiences & other people’s experiences too. One of the coolest things is when your actually going through a rough time in your life, dope music usually comes out of times like that. Sometimes going through extreme highs and lows is one of the best times to create, it forces you to confront what your going through and put it into art for the world to enjoy.

Tell us about how your new album Mr Shane came together?

– The journey of “Mr Shane” started in 2017. At the time I was living in New Jersey and traveling back and forth from New York every night. I was new to the city and was looking for a fresh sound for my next project. Growing up I listened to a lot of international music like Zouk, Kompa and Dancehall along with everything else. I went into my childhood bag and began sampling this type of music I grew up with, the first song that came about was “Goldmine. After shooting the music video I knew I had something special, so I kept on with the album. I actually put the album on hold for two years before revisiting it again, that ended up being a great decision in the end. The album is basically what I’ve been going through personally, like heartbreak, struggle, loss of loved ones…really everything. It’s like a concept of the growth of who I was versus who I am becoming while giving a story of hope for a different world hence the name “Mr Shane”.

How would you describe the sound of the new record?

– The album is melting pot. A mix of Pop, Zouk, Rap, Kompa, R&B etc. I call what I do B.L.A.C Pop music, it’s just a blend of everything I love. I intentionally made the album a singular recognizable sound, I haven’t done that in a while prior to this project. I had a hand in the whole process from the beginning to the end, it also helped having other people like my friend Devon Aviles, JJ Haskell and others to contribute. The Track Burnaz from LA also produced two amazing songs on the album.

Where was Mr Shane recorded? Who did you work with on it?

– The recordings started in a make-shift studio in New Jersey, then a bulk of the first and second drafts took place in Brooklyn, NY at my homies Devon Aviles studio. Most of the final recordings happened in Boston, MA at my own studio almost two years later. Production wise everything started with me, then after I found different guys that would either fill in the blanks or make a major contribution. Mainly on the song’s “Back Then Back When” & “Dream House” I worked with The Track Burnaz x BLSSD. I met them out in LA by accident, things are always happening on accident. I was at an event and played some music for folks and Rueben, from The Track Burnaz, liked what he heard…the rest is history.

We hear you have a new music video coming out in late August. What can you share?

-Yeah! We actually shot a couple videos this past summer. One of them is dropping August 31st, it’s really just a vibe and a feeling. It was directed by Colorwave Studios and filmed by Jonah Tata of Trendstream. The second video we’ll release when the time is right, it was filmed and edited by Tizzy Tokyo from Boston. Just know for these videos we’re going for a warm feeling… everything about this album from the music to the visuals is about creating a feeling.

What is next for Shaney Poo?

– I don’t know. We all just have to wait and see. Wherever we’re going next, I just know I’m gonna have fun doing it.

Get a preview of more music from Shaney Poo HERE. 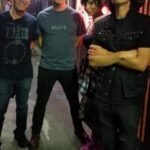 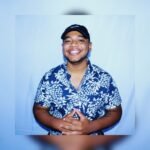