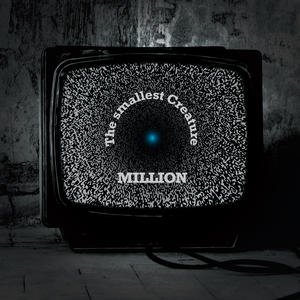 The smallest Creature exudes a rather unique and Gothic post punk sound. Electric guitars and slightly distorted vocals give off that classic grunge style, but the inclusion of violin and piano on multiple tracks creates a dark and sophisticated tone for their debut album, Million.

How The smallest Creature was Born

Originally, The smallest Creature was the solo moniker of Cyprus born guitarist and front-man, Stefanos Marnerides. After a couple of years of performing and recording in New York City, Marnerides created the full band with drummer, Iacovos Stylianides and bassist Stephanos Nicolaou.

From early ages, both Marnerides and Nicolaou were classically trained guitarist, so it’s easy to see where The smallest Creature gets its impressive vintage style. Sure, the songs on Million are hard and rocking, but they also have the elegance of something you would hear in a music appreciation class.

A couple of the standout tracks include “Enchanting,” “Reboot” and “Sleep Baby.”

“Enchanting” is Creature’s fairy tale love song turned nightmare. Marnerides sings, “I want to be enchanting/ I want to break your heart/ I want to put a spell on everything you love.”

After the first two tracks, “High Low You” and “Enchanting,” you’ll need a “Reboot.”

Marnerides megaphone vocals sing over a clean and subtle acoustic guitar. Steadily, a marching band style drum beat and a violin join in the fray all culminating in an epic hook.

“Sleep Baby” wraps up Million in a soothing yet eerie finish. Like the songs name, the track has a dream-like quality and ethereal sound. Other song titles such as “Stay In Bed All Day” and “Angel” reflect the overall surreal inflection of the album.

Check out the Smallest Creature’s full album, Million, on Bandcamp, Soundcloud, and Spotify. 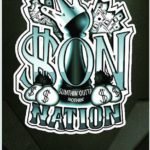 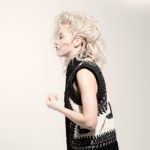 There’s No Holding Meg Mac Back In Her Newest LP, “Low Blows”

Monkey Mind Is Ready To Enter Your Mind