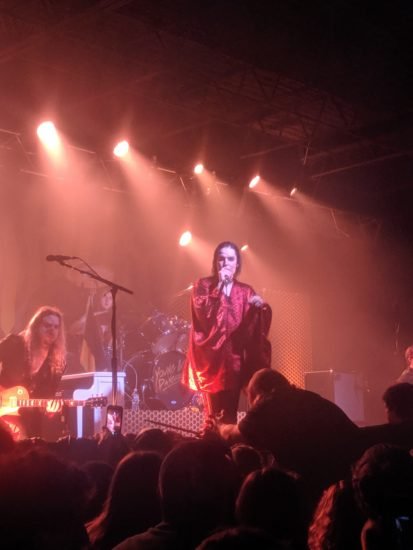 The Struts performed at Higher Ground in South Burlington, Vermont on September 17th and were absolutely phenomenal! The band formed in 2015 in Derby, England and have quickly risen to become one of the best rock and roll bands today. The style they perform in is very unique to the modern music industry as they transport fans to the 1970’s and early 80’s with their glam rock sound and lively attire!

The Struts have opened for The Rolling Stones, The Who, Guns N’ Roses, Foo Fighters and Mötley Crüe. At their recent performance at Higher Ground, opening for the band was Des Rocs, who gave a captivating performance as well.

If you aren’t familiar with the band, you’ve likely heard some of their tracks, including “Body Talks”, “In Love With A Camera”, “One Night Only” and “Could’ve Been Me.” Their writing alone is incredible and they bring their already vivid stories to life with instrumentals and lead singer Luke Spiller’s jaw dropping vocal range.

The entire concert was filled with such high energy from the moment they stepped on stage until after they had finished. It was clear that the whole crowd was very familiar with the music and the band eagerly played to the hyped energy by interacting with the audience the entire time. The lighting, the band’s costumes and their movement on stage made for a very colorful experience. I didn’t hear a single note out of place as they brought us from one track to the next.

At this point, The Struts have released two albums, titled Everybody Wants and Young & Dangerous and in the concert they brought us the very best from both! This is a band that both excels in the studio and on the stage! Their love for performing was very evident and they had the entire crowd dancing and letting out their inner “Primadonna” with them! You can find the above video as well as many more on their Youtube channel as well as Spotify. Be sure to also check out their website to learn more about The Struts! 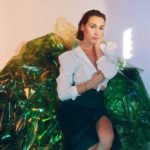