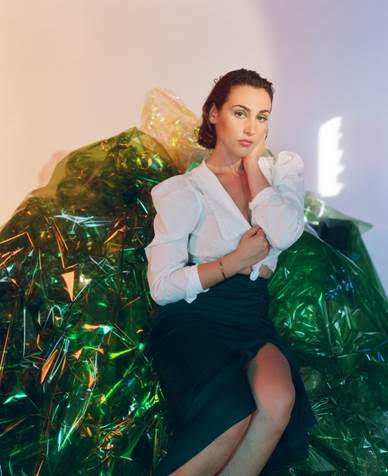 Born and raised in Queens, NY, solo artist and Grammy-nominated producer/songwriter HARLOE is making waves in the industry.  HARLOE recently wrote and featured on Robin Schulz’ “All This Love,” which has garnered over 41 million streams, and earned a Grammy nomination for her co-writing and co-production on Kelly Clarkson’s latest album, Meaning Of Life.  Her latest single and video “Rivers Run Dry,” shows HARLOE honing her pop and R&B sensibilities with this riveting song filled with pop melodies of strings and keys.  The single is the follow-up to HARLOE’S 2017 singles “More Than Ever” and “All In My Feelings,” which immediately hit #1 on Hype Machine, Top 5 on Spotify’s U.S. and Global Viral Charts, and picking up more than 2 million Spotify streams.

A gifted artist, HARLOE has garnered critical acclaim from W, Earmilk, Nasty Gal, PopDust, Milk, and Vibe, among others.

The music video to “Rivers Run Dry” fuses elegance and grace together, a blend of Harloe’s signature artistic style and flair.  The MV is shot in an art museum.  Harloe is like an art piece herself.  Her refined stature and posture showcase her high fashion sense.  The vocals are old school, recalling a classic retro R&B vibe that is reminiscent of late 90’s pop and hip hop.  The ballad is a sultry mix of simmering pulsating backbeats.

As guests mill about the fine art pieces, HARLOE looks desolate yet her mesmerizing vocals make up for her dismal appearance.  A song about heartbreak, the single was inspired by a moment of clarity when the songstress was sitting on a bench in a bustling park in London watching life unfold around her while her relationship was falling apart.

The details to the MV and the overall polished production of the music make for a compelling performance.  HARLOE shows she has the chops to make it big in the industry.  Her classic R&B style is breathtaking filled with moving lyrics and soulful vocals.

The single is the title-track to her forthcoming EP. 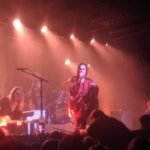 The Struts Bring Electric Energy To Their Performance... Previous
SEMANTICS Bring Mental Health In Punk To Light Next 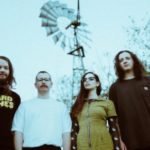 Cello/Phn Tells Us ‘What Happened To Monday’