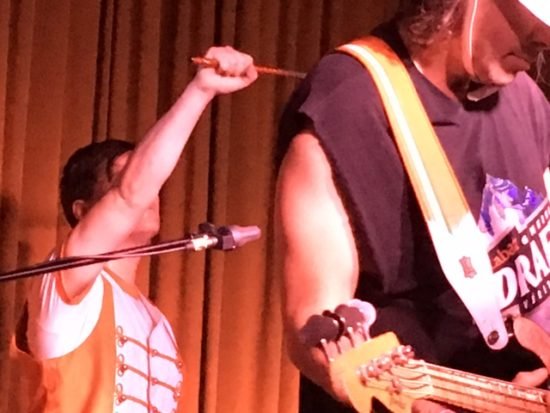 This city has bred a fruitful history of genre-bending cult bands dating back to the mid-1980s. Most notably, we can look to legendary punk rockers such as SNFU, as well as the unclassifiable, recently and temporarily reunited, The Smalls. In recent history, we can aim our laser pointers at Albertan sweethearts, The Wet Secrets. In 2005, the band formed on an impromptu dare and then quickly wrote and recorded their first album: “A Whale of a Cow”. They continued to play, record, release and court the hearts of music fans throughout the late 2000s, and in 2014, gifted us with their third studio album, “Free Candy”, which solidified their presence as a truly energetic and artistic Canadian outfit. Their unique offering of disco rock songs full of synth, melody, vocal harmony and a special, indescribable Edmonton-ness, earned them a few accolades and resulted in more fans and more touring.

Their signature red and white marching band uniforms acquired from drummer and co-founder, Trevor Anderson’s high school in Red Deer, Alberta, painted Canadian music with something other than the typified indie-uniform. Trevor’s mom rescued these symbols of scholastic nostalgia reminiscent of school spirit from his high school, allowing the band to subvert them into their own DNA and iconography that is The Wet Secrets. Trevor, who is also an accomplished filmmaker known for his work with Dirt City Films, was the spearhead behind the band’s impressive music videos, including “Nightlife” which stars legendary actor, Joe Flaherty.

I am a friend of Trevor’s – we originally met in Berlin from a mutual association with my brother Marek, another fellow musician connected to the Edmonton scene. So needless to say, I was taken aback when Trevor announced through a social media in November, 2016, that he would be leaving The Wet Secrets, and as he said: “…to focus on filmmaking full-time and would be cheering the band on from the sidelines”.

Wet Secrets latest music video “I Can Swing A Hammer”

In August 20, 2016, I interviewed The Wet Secrets in Toronto, following their gig at Queen Street West’s mecca of hip – The Drake Underground. It was also the night of The Tragically Hip’s last concert in Kingston, Ontario, and the country’s musical mind was elsewhere than the Drake Underground. What I remember most that night, was within a modest crowd of curious nightlife people, there existed a humble cluster of dedicated Wet Secrets fans, shucking and jiving at the front of the stage, showcasing their progressive head nods and hip shakes throughout the set. It was a typical, summer way-too-humid Toronto evening, and bassist and co-founder, Lyle Bell announced into the microphone: “Trevor was the only one smart enough to bring shorts”.

Our interview was spirited, hilarious, perceptive, and touched mainly on the future plans and aspirations of the band…as I remember it. With a stroke of bad luck, my audio recording of the interview was corrupted, and never to be recovered from my zoom recorder. I managed to extract some answers through email regarding some of same line of questioning, but then life happened; my own art and music took centre stage and the interview fell to the shadows of my digital archives. 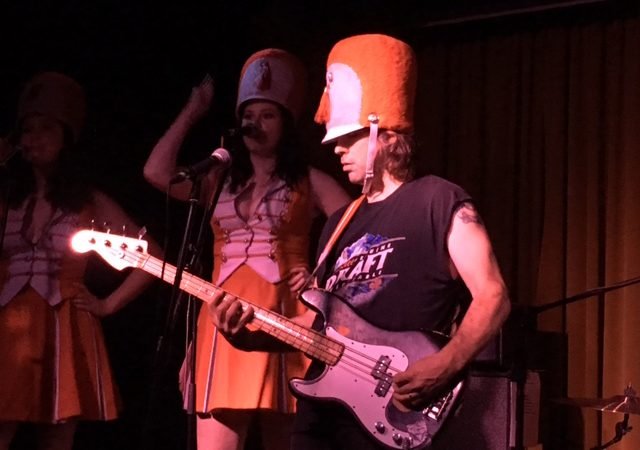 Today, as I sit writing my thoughts on the band, I can’t help but meditate on what seemed like an unbreakable atom of Trevor Anderson’s artistic DNA and The Wet Secrets; I am not taking anything away from the talented vision offered by fellow band members, Lyle Bell (co-founder and bassist), Kim Rackel (trumpet and vocals), Emma Frazier (trombone and vocals), Paul Arnusch (keyboards, vocals) and Christian Maslyk (saxophone, percussion, vocals). In the moment of this transformation of the group, I arrive at this intuition: The Wet Secrets will likely persevere and remain a contending, intriguing and always entertaining beam of red and white light in the gamut of Canadian music, and beyond.

The Secret is getting out

My subjective attachment to Trevor as a staple cartoon character in their show, is just as I said – an attachment. What I can tell you is that The Wet Secrets and Trevor Anderson will continue to embody what I like to refer to as “Canadian Dim Sum”. Dim Sum is a well-known cuisine, simply put as the Chinese equivalent of “tapas”. The words “dim sum” translated is “heart’s delight”, which makes sense since most items, such as the dumplings contain a culinary surprise in the center. Dim Sum is also traditionally known as the “loud and happy dining experience”. Metaphorically, we can draw parallels to Dim Sum and The Wet Secrets as well as Trevor’s independent, artistic endeavours. We may loudly dine on our Canadiana despite our polite and sheepish Canadian selves, and when we take just the right bite, we will experience our “heart’s delight” in the music and films of both entities.

If Trevor Anderson is going to be cheerleading The Wet Secrets from the sidelines, then Canada will be cheerleading Trevor Anderson and The Wet Secrets in synchronicity, knowing that as culture and music lovers, we are fortunate to have dedicated culture servers and musicians to serve us the most imaginative dumplings that our heart’s desire and delight in. And in that simple truth, we uncover Canada’s wettest secret: gratitude. 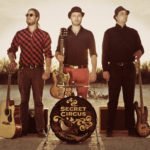 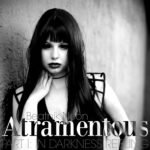