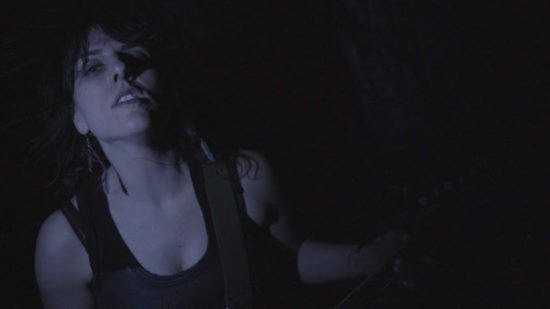 Taking a musical stance against the terrors brought upon women around the world, NYC band Castle Black release first single “Sierra” off their upcoming EP the gods that adored you.

Castle Black is a grungy post-punk group, fronted by Leigh Celent, who refuse to be put into a box concerning their creative endeavors. But one thing is for sure, they are socially and musically powerful and aim to create awareness amongst their listeners.

The song “Sierra” begins quite simply with some repetitive guitar and Celent casually singing about her own awakening of the rather violent actions taking place to women in Sierra Leone and the physical actions themselves. The reason for keeping this section pared down instrumentally is for the listener to fully devote their attention to the lyrics, to fully understand them. It has been called a “social anthem” of sorts for the larger context of various violent acts against women around the world repeating “I see you” in the chorus.

The song is successful in its delivery and portrayal of severity of the situation.

Castle Black is full of energy, as demonstrated in the second half of the song. The drums are so loud and so fast that you cannot help but feel this indescribable force rise within you, ultimately making you feel empowered.

What is perhaps most special about this song and the message that comes with it is that all of the proceeds from the song goes directly to No Means No Worldwide. The charity works in many countries like Kenya to try and put a stop to sexual abuse and attacks. This makes Castle Black all the more powerful and important because they are taking direct action through their music. Not many artists give so selflessly to the causes they claim to promote but, this band is quite different. It is important to support artists who have a great message and a great heart.

Take a listen to Castle Black’s “Sierra” and look out for the gods that adored you on June 29. 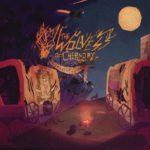 WHO ARE THE WOLVES OF CHERNOBYL? Previous
Olivia Awbrey Says 'Don't Be Alarmed' Next 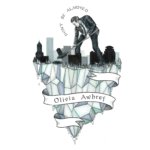