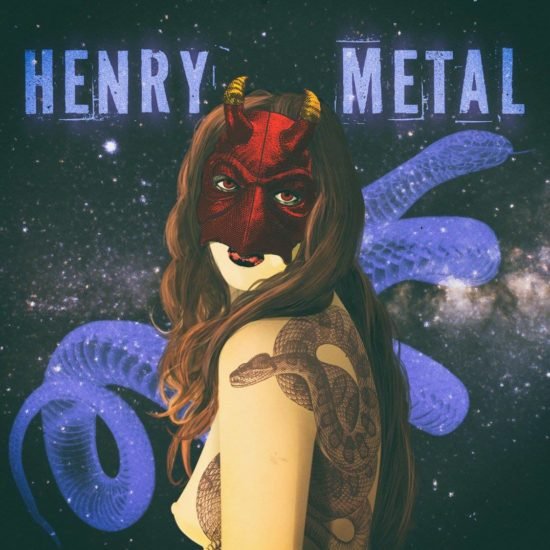 Music, like all forms of art, must always be challenged. If it stays stagnant it will die a slow death. Our recent find Henry Metal is leading the charge to create something fresh in the Metal genre that even with all its technical skill has become a little too commonplace lately.

The Chicago native has found his place in the heavy metal arena by turning it on its head with some comedic lyrics among the power chords. Metal heads have always been a rebellious bunch but Henry Metal has found a way to really share a message with intelligence and humor.  The classic influences of bands like Black Sabbath, Iron Maiden, Megadeth, Anthrax, and Slayer are evident immediately. If you are willing to dig deeper you can find some of Tenacious D and The Darkness in there too with their witty attitude over metal sounds.

Hiding his face behind a mask gives Henry Metal the power to say whatever the hell he wants without any fear of repercussion. Brutal honesty and lack of an ego among the snarling guitars have become his trademarks.

The musical output of Henry Metal is just as impressive. Earlier this year we saw his first 2 albums come to light in So It Hath Begun and Wizard Vs Demon. Now the fun power metal has returned with the July 2nd release of The Maestro Abides.

The 9 track record lays it all on the table for you to love or hate, and Henry Metal doesn’t give a damn as long as you give it a listen! The opener “Thought Police (Song For America)” comes right at you demanding proper attention to the lyrics Henry Metal serenades you with. Do not miss the technical metal instrumentation either though.

Henry Metal Is Power Metal With A Smile

There is a modern progressive metal feel to “Rock n Roll Rebel” that brought System Of A Down to mind. This track blends it all together with sing-along choruses to welcome everyone to the party. The skilled guitar work jumps out on “Speed Walker!”. The grooving and grinding will get your head banging almost uncontrollably. This is what music is supposed to be!

Henry Metal is always willing to share a good story as heard on “The Maestro Still Abides”. The melodic chord progression allows the song to wash over the listener putting them right there alongside the artist. Henry Metal has you now. Do not even ask for an escape.

The record closes with the energetic “On With The Show”. Again he tells it like it is whether you want to hear it or not. Rock n Roll has found its new leader of fun. Jump on board or get out of the way because this train is coming through.

Keep up with the story and more music by Henry Metal on his WEBSITE and socials too. 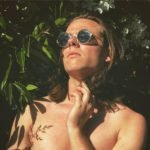 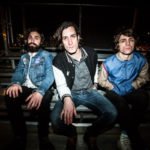