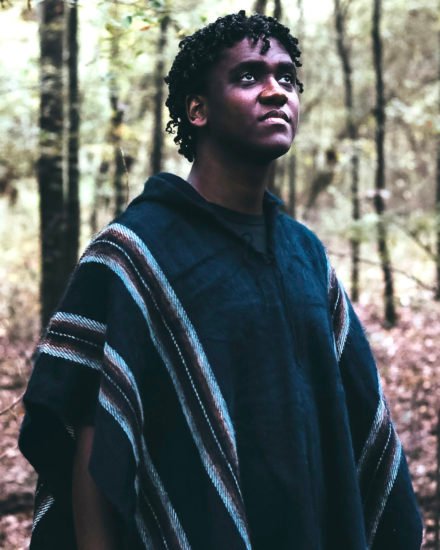 Music comes to us all in different ways. When we are introduced to new sounds and genres it often opens up a treasure trove of inspiration. The successful artists are the ones who are able to capture this lightning and use it as a springboard to launch their own unique style are share their message in their music. One such talent is our recent discovery Sephyr Patriq.

After sitting on a ton of songs he had written over the years, Sephyr Patriq finally moved forward and released his debut record Departure 1989 late last year. His high energy yet sultry sound is setting him up for a career fit for big stages. The lead single “Chamele On Me” puts all of this together for an in your face track sure to grab attention. The slick production brings the song up to radio-ready levels. The melodic beats are unique but super catchy at the same time. The syrupy vocals of Sephyr Patriq seep deep into your soul bringing a groove to the sound that is undeniable. Adding a feature by FoePound McGinnis takes it even further. This is a track that will attract a lot of attention in the R&B. Soul, And even Hip-Hop scenes.

We had a chance to chat with the rising star to get a little deeper into how he reached this point and where we go from here:

Music began as a way of expressing myself as a child. Growing up traditionally Baptist, in the South, and being this naturally loud and passionate child, I didn’t fit in very well with my surroundings, so I had to shrink myself and hold back my feelings. When I was 10 years old I started writing songs and I would use the lyrics to get out whatever I felt. As I grew older I became more invested in the craft of songwriting and saw how my friends could relate to what I was writing about. That made me want to use my music to help others who have been through bad situations in their lives and could not always express themselves. I wanted, and still want, my music to be a voice for the voiceless…to let them know they are not alone and can make it through anything.

My sound is a mesh of many styles. Gospel is my roots so that has an influence on my singing and tonal choices, but R&B and Rock are also influences as well so those genres help to shape my lyrical and emotional content. Also, Musical Theatre was very big for me so there’s a bit of that passion in the way that I sing as well. I’m a big belter but I love singing in falsetto and using all of my range from the low bass notes to the really high whistle tones and I’m still exploring it all. My musical sound is characterized by dense soundscapes, airy, tender harmonies, emotional and pronounced vocals, and hard-hitting beats with my songs being musical journeys. I think my song Recapture (Start Anew) probably is the biggest indicator of my personal sound.

I was not allowed to listen to secular music as a child but that all changed when I heard Beyoncé. I fell in love with her voice, jazzy runs, and fiery performance style. She showed me you can just give a 100 percent on stage and inspire the masses through hard work and creative control. Also, I loved Michael Jackson, the icon that he is, Janet Jackson and her unabashed intimacy in her music, Alanis Morissette and her psychoanalytical lyricism, which has greatly affected me, and Brandy and her exquisite, lush harmonies and beautiful timbre as well. I love artists like Bjork, The Beatles, Queen, Erykah Badu, Toni Braxton, Mariah Carey, Luther Vandross, Mandy Patinkin, Sutton Foster, and more. Also, Gospel artists like The Clark Sisters who just ooze musicality. All of these artists pushed me to be my very best and most creative and defy the need to “fit a mold” of one genre.

Songs tend to come to me in a few ways. Either I have just gone through something exhilarating or traumatic and I have to get the thoughts on paper through a stream of ink and emotion. Or, I come up with a project concept and plan the arch through the songs. I usually start lyrics first and then melody later. With my debut project, Departure 1989 EP, most of all the songs were written lyrically and then I presented them all to my producer with melody ideas and we worked together to flesh them out production wise. I knew what sound I wanted for each song and we just worked to recreate what I heard in my head.

It seems like the stage was your first love. Tell us about the transition to a career as a solo musician?

The stage came to me in High School when I was looking for a way to truly express myself. I found out about the Theatre department at Germantown High School and gradually began to hang out with the participants and study their bonds and how much fun they were having, and I had an Aha! Moment. I knew this was an amalgam of all the things I loved: singing, performing, and inspiring others to feel.

So I began with Ragtime and carried it out for about a decade performing in various shows in Tennessee, New Jersey, and New York and also writing plays and even the book (script) to a couple of musicals. Yet I still felt I was being inhibited by the rules and structure of the stage, and the need to hide behind a character and adorn traditional singing styles. So I finally decided to start doing my own music in 2018 after a rough year in New York. I had a coffee meeting with a Memphis Producer, C Major, and I told him I was ready to do this! We began recording after I recorded a song with Shareef Keyes and Syl Dubenion in Brooklyn, and we crafted my debut EP. I am so glad I took this leap of faith!

What do you hope the listener takes away from a Sephyr Patriq song?

Technically, I hope people can appreciate the lyricism, the storytelling, the vocal choices, and the background arrangements. I put a lot of thought into crafting my songs. Emotionally, I hope people can grasp that I have been through so many things they have: the heartache, the longing, the rejection, the highs, the lows, and I have allowed myself to feel and express those feelings and grew from that. I want people to know they have that right of expression…I want to give them comfort and catharsis and ultimately hope.

Share some advice for other artists with musical dreams?

Don’t wait to do it. There will never be a perfect time. People might not understand you or accept you, especially if you deviate from the normal, but you will be satisfied with yourself if you decide to do what you want, how you want. The right people will get it, the right audience will come. Sometimes I’m scared. Am I good enough? Do I fit what people want? But I have to see beyond the present time to the infinite possibilities that can only exist when you put your creative heart on the frontlines and sing out to the world. You can do it. I believe in you.

The future looks bright. I plan to start touring in a couple of years. I just put in for the Creative Capital grant to make a visual album about toxic masculinity and the way it has really affected our lives mentally, emotionally, politically, and spiritually. I am conceptualizing that album and all the songs as we speak and hope to get that grant and start recording next year. I may put out another EP just to keep my pen sharp and experiment some more with topics and arrangements. I know that I am going to be a respected, influential artist when I embrace hard work and lose my self-doubt, and I am fully committed to manifesting my dreams. You can quote me on that. 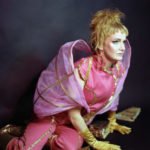 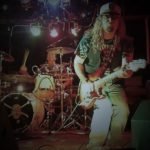