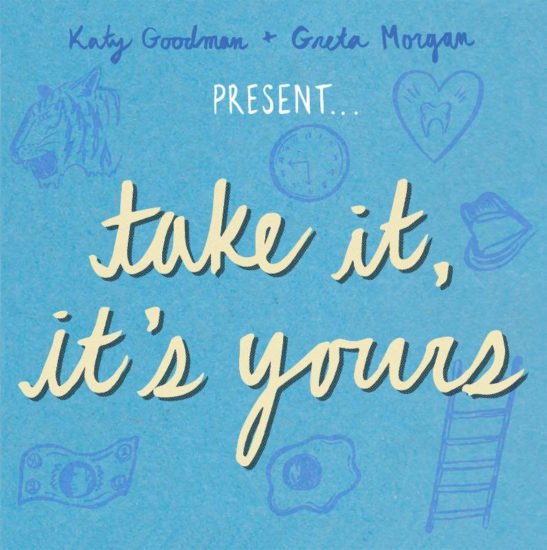 When I really love a song, I have pretty high expectations for anyone who tries to cover it. Changing a song risks ruining everything that made it good in the first place, while a really well done interpretation can reveal its original beauty in a new way.

The latest triumph in the cover world comes from Katy Goodman of indie band La Sera and Greta Morgan of pop group Springtime Carnivore, who collaborated to create Take It, It’s Yours, a re-imagination of iconic punk and new wave hits.

With Morgan on guitars, keys, and drums, and Goodman on bass, the duo strips down the distortion and scrubs away the masculine grime from bands like the Misfits, the Replacements, and The Buzzcocks to soften and sweeten ten tracks with crystalline vocals and melodic harmonies.

The album’s opening track, “Over the Edge” by Wipers introduces the revived collection with a slowed down tempo and soothing, almost surf rock-sounding guitar strums. While the songs themselves are from the past, the dreamlike instrumentals create an additional sense of nostalgia for the listener.

Goodman and Morgan’s instrumentation continues varying from song to song, without ever detracting from the album’s overall cohesion. Soft synths, jingling bells, and a twinkling xylophone carry The Replacements’ “Bastards of Young” while wistful acoustic strums and honeyed harmonies accent The Gun Club’s “Sex Beat.”

I was particularly interested in hearing “Where Eagles Dare” by the Misfits, a song that’s been covered so many times it has its own Wikipedia page. The duo manages to make it feel new with a thumping bass line and beachy lo fi guitars, while Goodman’s throaty vocals simultaneously preserve Glenn Danzig’s bellowing tone from the original.

Take It, It’s Yours should be taken in full; every song is brilliantly deconstructed as Katy Goodman & Greta Morgan slow down the breakneck pace and turn the (at times misogynistic) lyrical and thematic elements of punk rock on their heads to re-imagine these timeless tracks.

La Sera and Springtime Carnivore will join up in October for a fall North American tour. You can check out the upcoming tour dates on Katy Goodman and Greta Morgan’s websites, and stream Take It, It’s Yours on Spotify and Soundcloud. 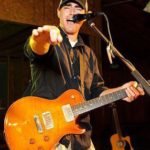 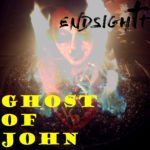