Matt Legrand is reaching a level of stardom that many aspiring Chicago creatives can only envision. He fits every Pop-appealing trait imaginable. A young artist with just the right timbre and enough musical talent to break away from obscurity. Legrand is about to reach 100,000 Instagram followers by the time this piece has been written, which emphasizes the increasing appeal for him in the music industry.

“I’ve Been Watching You” is the latest single from the popstar, nearly reaching 60,000 listens in its first month on Spotify. The single is a slow, decently reverbed Pop/R&B tune from the young creative. Legrand knows what Pop needs to sound like for decent exposure, and the single seems to fit the formula. The snares peddle along with the strides of the chords. Legrand’s vocals are pitched to enmesh clearly and vibrantly along with the pattern, making every detail loud and clear. Although Legrand’s timbre fits just well, the highlight of the single is Rapper Mestiza’s poetic flare. Mestiza flows endlessly with sped-fast vivacity and a light Latina dialect that adds to her suave attitude.

Besides Mestiza’s ruthless demonstration, the single itself is an innocuous track that comes and flees in the whirlwind of competing singles and albums throughout the year. Matt Legrand demonstrates that he does have enough talent to make interesting music, but he should focus on finding his own sound as he develops himself as an artist in the upcoming years. If he wants to proceed as a forefront artist in the future of music, he must be able to conform to its evolving nature. Singles such as this prove that he’s almost there. 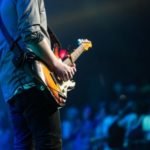 How To Organize A Successful Concert On Your Own Previous
How Spotify Became the Vital Part of Music Streaming... Next 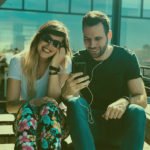 IBG Interview – 8 Questions With… Frannie B

Rocky Peter is on the ‘Fast Lane’ to Success