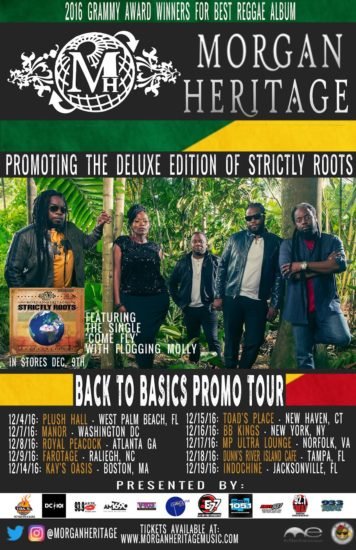 Even when a band is able to reach the greatest heights they need to stay grounded.  Never forget the fans that got you there and how your music connected with them from the start.  Our friends from Morgan Heritage have never slowed down and keep their fans at the forefront of their success.

Since their start over 20 years ago, Morgan Heritage was always close to the community that flocked to their music.  The 5 children of reggae legend Denroy Morgan have become known as the Royal Family of Reggae.  After 10 albums of sharing their Jamaican roots, Morgan Heritage has reached the pinnacle of success with a 2016 Grammy Award for Best Reggae Album for their record Strictly Roots.

Now the band wants to really get back to their roots.  Last week Morgan Heritage released a Deluxe Edition of Strictly Roots featuring 4 bonus songs and 3 remixes.  Just in time for the holidays, the band wants to light up everyone’s season with love from the Morgan family to yours.

One of the bonus tracks from the record titled “Come Fly” finds Morgan Heritage collaborating with legendary Celtic punk band Flogging Molly from Los Angeles.  The seemingly odd mix meshes perfectly creating an outright party atmosphere for all to enjoy.  The variety of instruments adds a flavor for lovers of both genres.  The anthemic chorus demands every listener to sing along and become part of the family.

To pair with the album release, Morgan Heritage is launching their Back To Basic Promo Tour.  The goal of the tour is to perform and hangout with the original and new fans of their music in the Caribbean Community. No band will be on stage for any of these performances. Just a mic, the music, and good vibes rocking with the people throughout the night”. 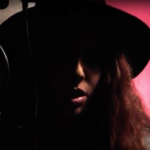 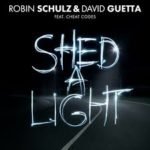 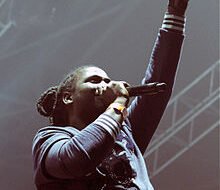