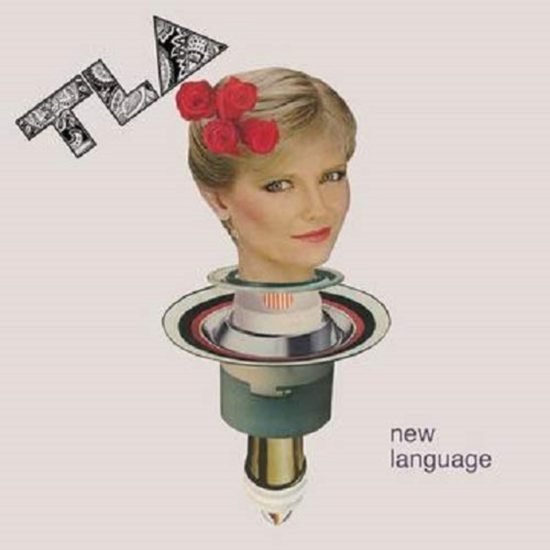 Bands coming together the way TLA has is usually much more of a hit or miss proposition than those forming in an “organic” way. Super-groups or outfits boasting members from more high profile successful units often seem promising on paper but the illusion often falters when the recording light comes on or they are due on stage. It is chemistry rather than name power that allow musical units to take wing; fortunately for us, TLA has the required chemistry and it is evident from the first track. Their EP New Language impressed me straight out of the gate and I felt confident by the first song’s conclusion that I was in good hands for the duration of this listening voyage. Jason Clark of The Pleased and The Shins’ Jon Sortland, working along with paper cut artist Tahiti Pehrson, possess a definable creative vision despite the harem sacrum nature of the EP’s recording session.

I embraced the title song and EP opener from the first time I heard it. Few bands or artists I can recall nail the early-mid eighties sound of Brit New Wave so well yet have something uniquely their own to say with the style. Refurbishing time tested elements in new and inventive ways sets the band apart from other units of their ilk and bears no resemblance per se to their work in The Shins or The Pleased. The mix of electronic instruments, reverb soaked guitar, strong vocals, and superior production presented in this opening cut get New Language off to a start that promises much.

TLA continue delivering on that promise with the second and third tracks of the EP. “Look /Cocklieb’s Journey” has a more muted take on their style than the title song, but many of the same sonic characteristics embodied by “New Language” are present in their performance too. There is a pensive, even slightly downcast mood to the release supported by the first track and the “Look” portion of this song, but the instrumental second half of the composition “Cocklieb’s Journey” has a brighter bounce than anything else included on the EP.  The tandem is, likewise, a study in contrasts – “Look” affords a lot of space for electronic sounds while  the pace spikes and synthesizers dominate the song’s final quarter.

The fat bass pulse at the heart of “Mindbomb” gives listeners something heavy and tangible to anchor their attention to while other instrumental contributions flash like quicksilver over the top of this foundation. The third song has a more overt “dark” character than the first two tracks, but TLA modulates such emotional shifts with a tasteful ear. The punk inspired “Midnight Moan” is too brief to merit mention except it definitely qualifies as a change of pace, but it is so brief that it scarcely matters as more than an interlude. The ending track “Forty Years”, however, is another substantial composition adding reams of luster to an already fine EP release. The challenging rhythms bring a different sort of feel to this track in comparison to earlier efforts but it ends TLA’s New Language on the right note. 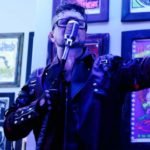 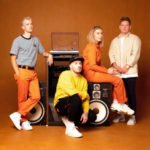