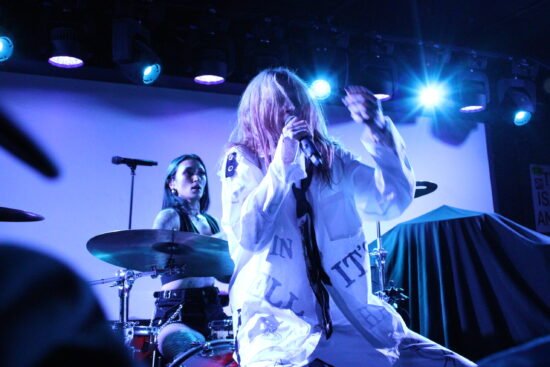 First let me say it has been way too long since we have been able to go to a great concert, especially in a small intimate venue. Tours are finally returning and restrictions are easing after a full 2 years of pandemic fueled shutdowns. Let’s just say we are VERY excited here at Indie Band Guru.

On Sunday, March 27th we were able to attend what turned out to be an EPIC show on grandson’s Death of A Tour at Mercury Lounge in NYC. Accompanied by rising stars Royal & The Serpent and The Oxymorrons, the energy was pumping from top to bottom.

Rolling into Mercury Lounge for the first time in way too long was much needed. Such an epic and cozy venue that always has the best tours come through. Walking through the front bar to get to the stage room brought back immediate memories of great shows past. As we entered the main room it seemed even smaller than normal. Such a cozy venue for what was about to be an amazing show.

The opener was The Oxymorrons. A NYC based punk-rap-rock band that was celebrating their last night on the tour. The happy excitement exuded from the stage as the band brought their full energy for this show. The mesh of sounds from punk to rap-rock was thoroughly enjoyed by the building audience. The fun the band was having on stage was contagious to the crowd. This was going to be a great show. 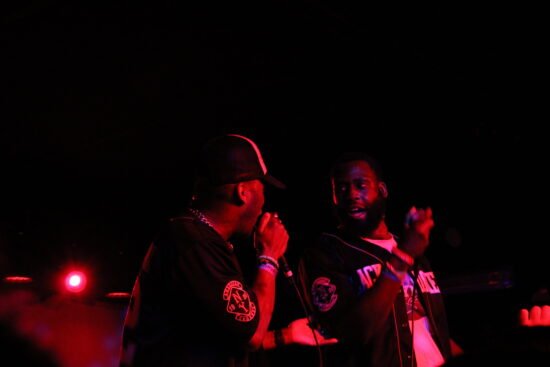 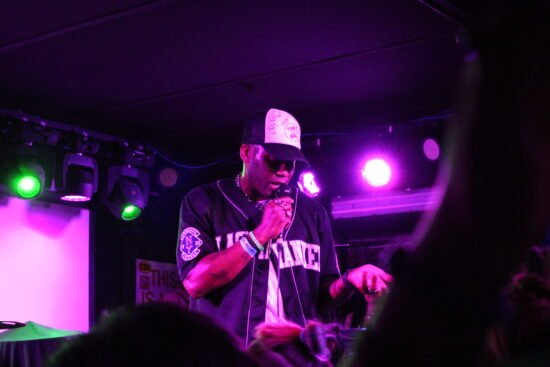 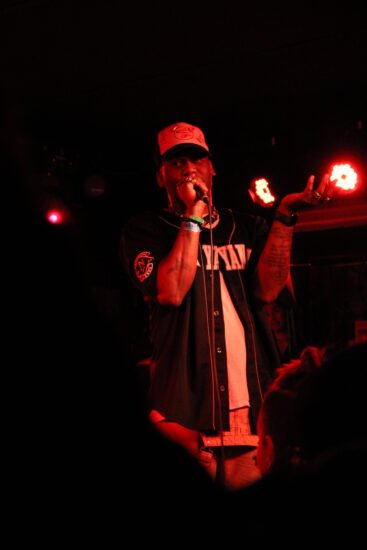 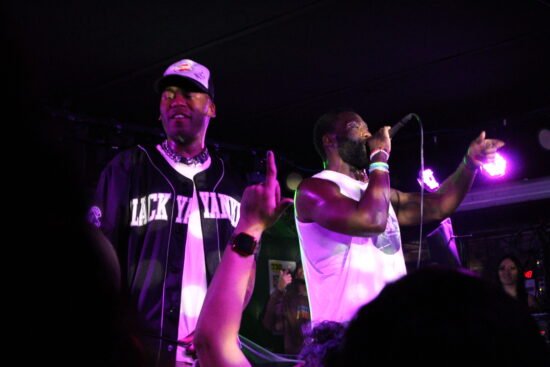 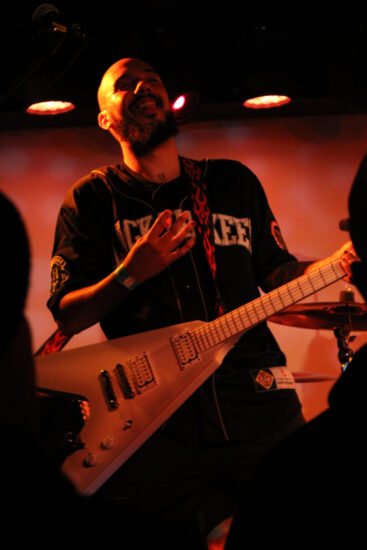 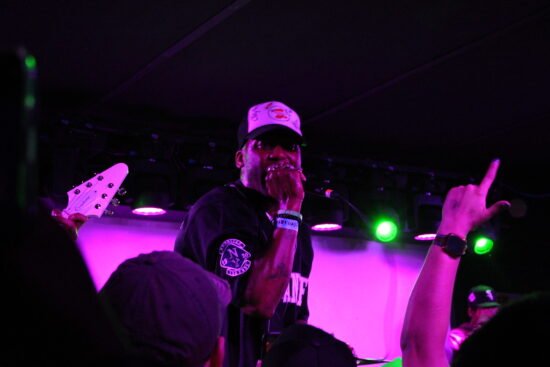 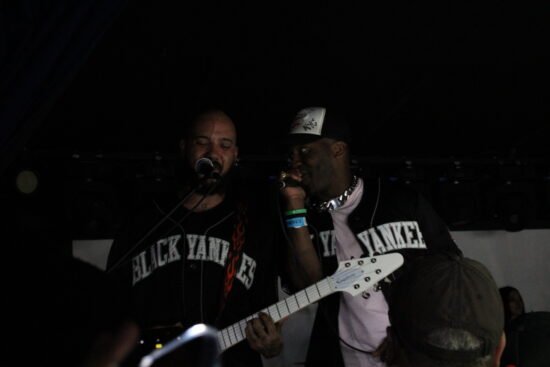 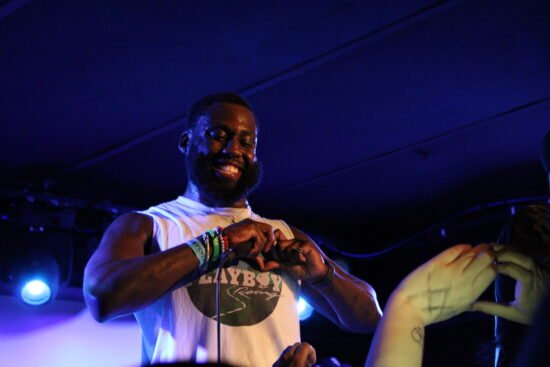 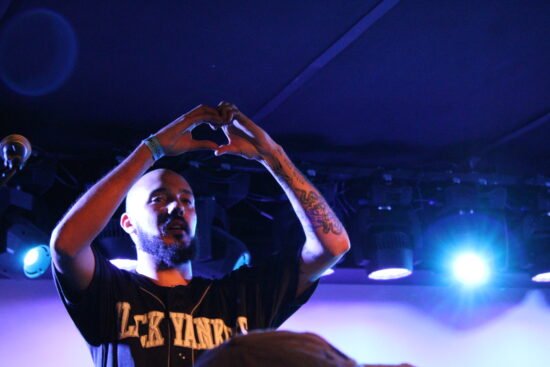 Next up was Royal & The Serpent, who I have been looking forward to seeing for a while. The energy of the show continued as Royal (aka Ryan Santiago) took the stage in what looked like an oversized straight-jacket. But nothing could hold back her power. The emotions she shares pour right into the audience and she makes a point to connect with everyone that she can. 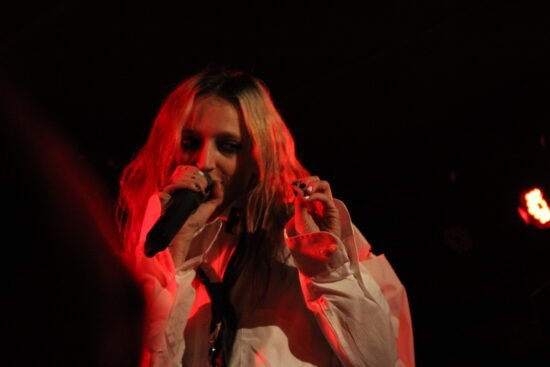 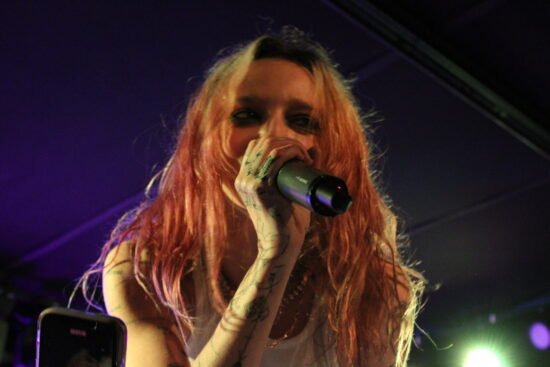 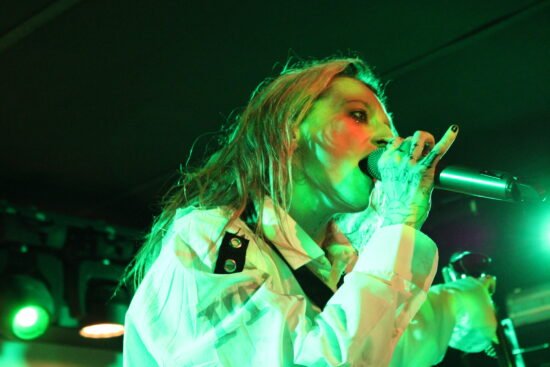 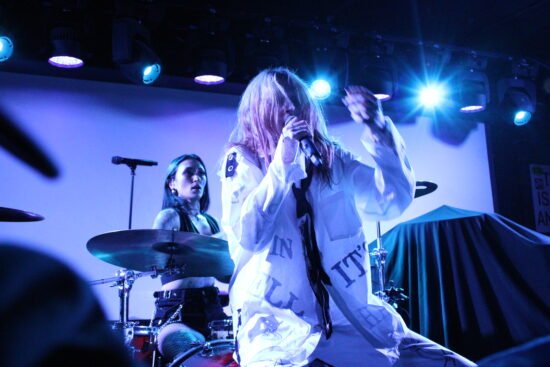 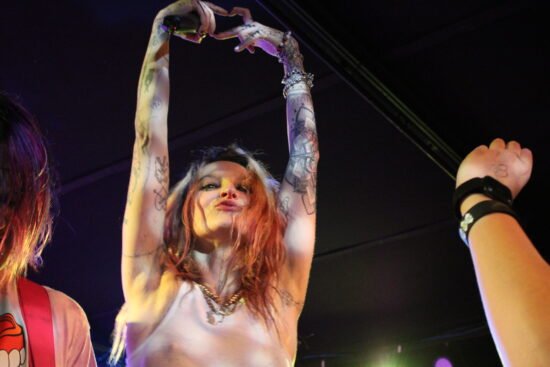 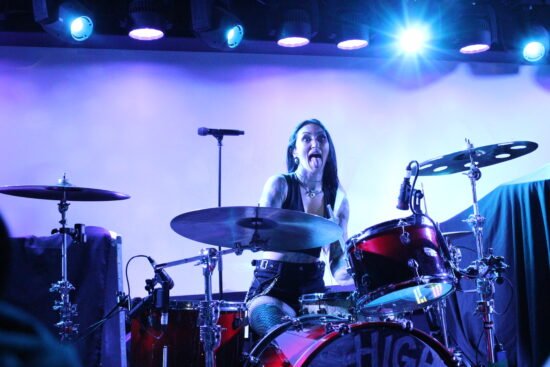 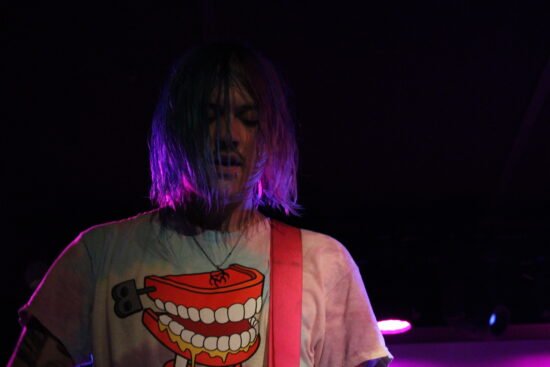 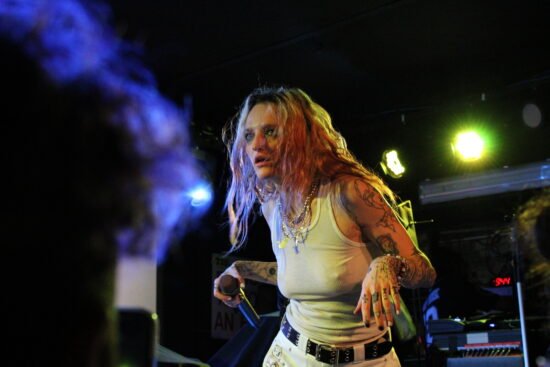 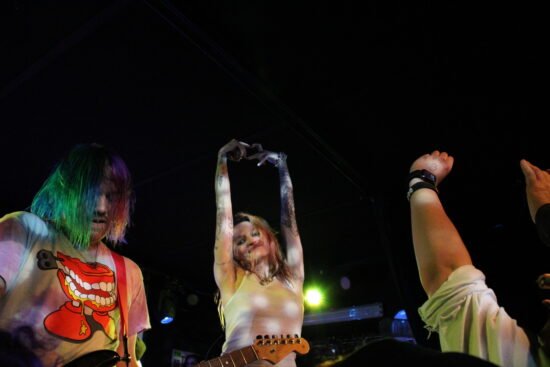 The band kept the show going with an assault of power when needed and laid back atmospheric tones when the emotion shifted. The performance was both intriguing and engaging. The singer lurked all over the stage. Sometimes right in the audience’s face and other times standing on top of the drums. There is no looking away while Royal and The Serpent is on stage.

Closing out the show was grandson. Obviously, I knew the name and heard some of the songs but what really attracted me to attend this show was the fact that my 20 year old niece is absolutely obsessed with grandson. 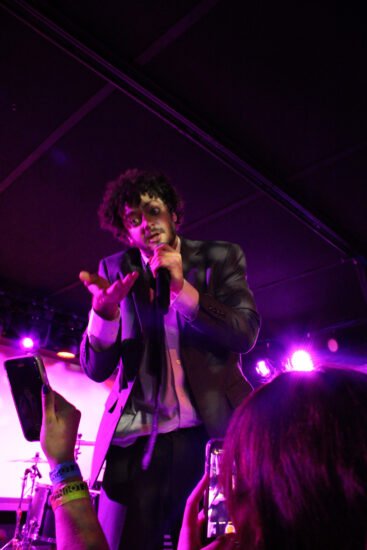 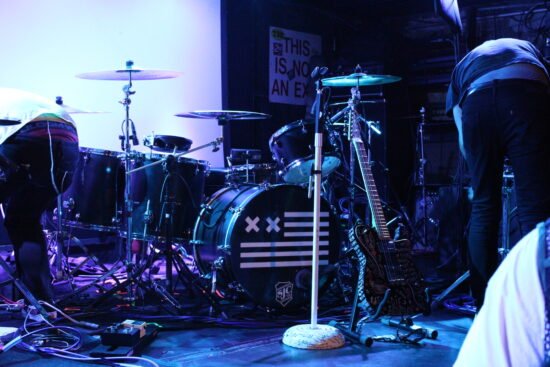 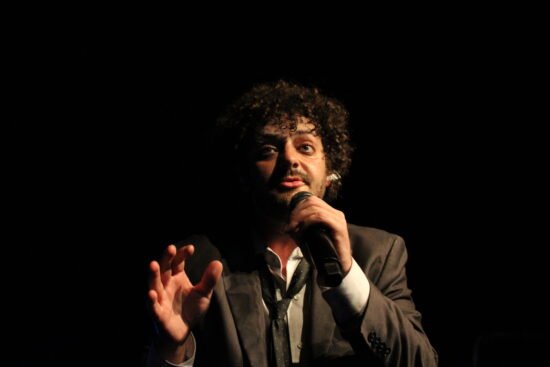 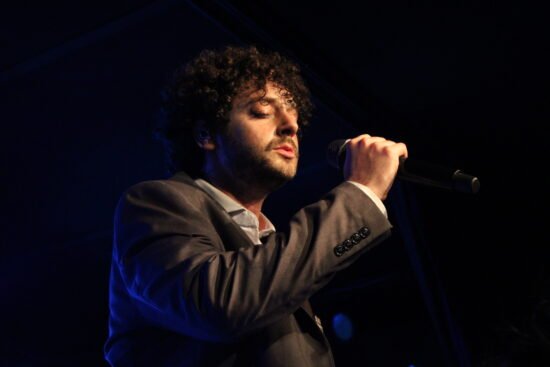 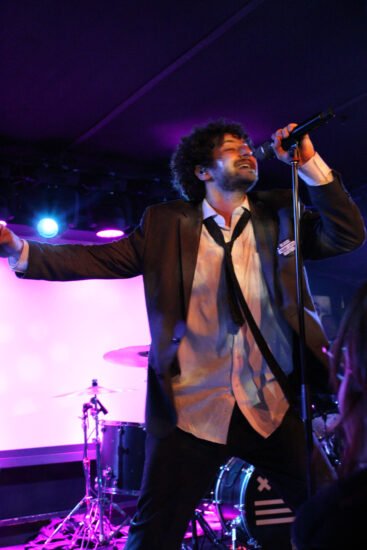 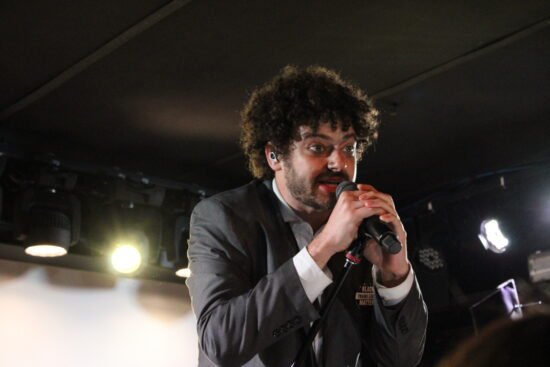 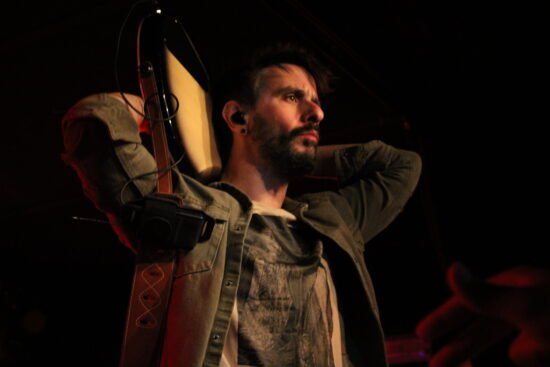 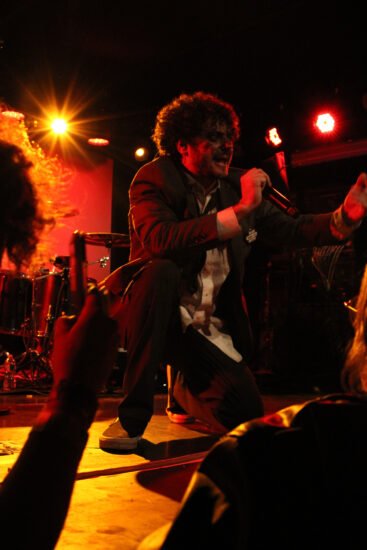 Mercury Lounge was packed with electricity as the band hit the stage. Right away you could see that grandson captivated the crowd. Not only with his catchy songs but his personality. He interacts with the audience and shares his thoughts and feelings openly.

Song after song grandson spilled his energy all over the venue. From his performance you can see why he has become so popular. It is all about the community he has built with his fans.

What a great show to be at, overall. Top to bottom, a great night of live music.

Keep up with more from our new favorite Royal & The Serpent HERE.

—all images courtesy of Emily McCormack. 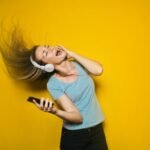 How to Listen to Your Favorite Music Even When You're... Previous
Relative Rabbit Opens Up On 'Curios for the Curious' Next 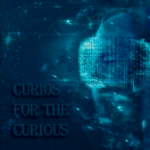