Psychedelic music has been making a pretty major comeback in the past few years, with its influence being found in everything from pop to rock and hip-hop, and in their new single “Synchronize,” Milky Chance is putting a clubby spin on the classic aesthetic. There’s a bit of a postmodern angle to the stylization of this arrangement, but don’t be fooled by the experimental end of “Synchronize;” beneath the flashy cosmetics is a really solid pop single, and easily one of the more inviting listens I’ve heard from an underground source in the past few months.

The build here is old-fashioned, but what Milky Chance is doing with it is anything but rooted in retro-isms. Their attack has a springiness that beckons us to the mid-2000s electro-punk that inspired so many of the best crossover dance tracks in the era, but the overall flow of the music sounds very modern and steeped in contemporary themes of hybridity. This is something that fans of pop music in general would have no trouble getting into, and this isn’t always true of music that pushes the artistic boundaries as much as “Synchronize” does.

Milky Chance’s music video for this single has many surreal qualities that aren’t centered on the visuals in this piece alone but instead extend themselves from the melodies to the tempo of the imagery on screen. As its title implies, “Synchronize” is about connecting the dots, or occasionally noting the lack of continuity between them, and the video is a good example of the narrative transforming into a different medium without losing any of its passionate luster. There was thought put into this, and anyone who takes a peek at it will likely agree when I say that this isn’t a song that was born out of futility in the studio.

The rhythm of the drums invites us in with its urban swing, but I never feel like we’re supposed to be too focused on the output of the percussion. The harmonies rule over the beats so vividly that the instrumental substance seems almost dreamy in a couple of key moments, which wouldn’t have been possible with a traditional hook/groove relationship. Milky Chance isn’t concerned with fitting in with their peers in this performance but instead trying to set the bar high enough that their competition will have to put in more effort to keep the pace.

“Synchronize” is an all-around great introduction for newcomers to Milky Chance’s sound, and I think it’s going to do a lot to confirm what their serious fans have already surmised about the band thus far. This is a pair that puts avant-garde influences well ahead of conventional themes when it comes time to deliver a really meaningful performance, and whether they’re constructing narratives based on romance, introspection, or just outward reflection, they seem to have a pretty signature technique down to a science whenever they need to whip it out of the holster. Milky Chance’s music has been impressing me for a while, and this track is no different. 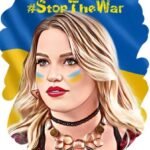 Kelsie Kimberlin Says "It's Not The Time" Previous
"Gimme Love," Says Matt B And Eddy Kenzo Next 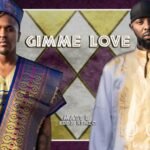