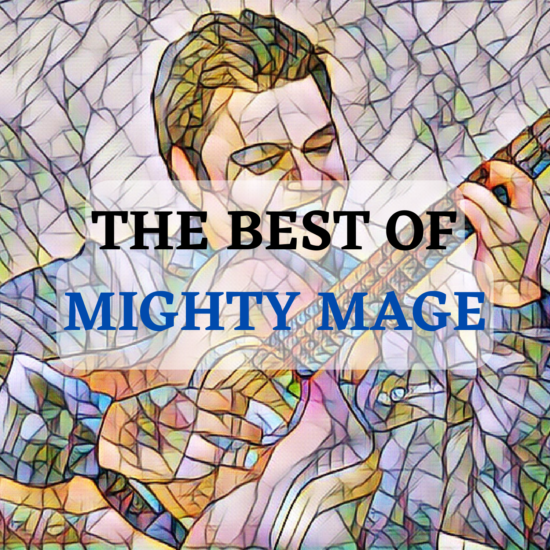 The Best of Mighty Mage is the newest album of singer, songwriter, and producer Mighty Mage.

Khalid Hussain aka ‘Mighty Mage,’ is a folk/Americana singer, songwriter, and producer hailing from La Jolla, California. Having been cast as Aladdin in a musical at fifteen, Khalid grew his love for singing and performing. Shortly after he picked up the guitar and has been playing and performing ever since.

He began his songwriting journey in his 20’s, where he took a handful of original songs and released his first studio album at twenty six. His love for producing and recording led him to release more than six musical projects under three artist names. He even owns his own home studio where he has been working on and expanding his craft.

Mighty Mage’s newest album The Best of Mighty Mage, is a 14-song compilation that takes listeners on a journey through some of his best songs. Those familiar with Mighty Mage will see the new album featuring songs from the EP Art is Magic, and albums Ancient Scrolls and Ancient Scrolls II, (which our founder/CEO Keith Profeta reviewed here).

Listen to The Best of Mighty Mage here:

I really enjoyed listening to and reviewing The Best of Mighty Mage, and I can tell why it’s a compilation of some of his best songs. Mighty Mage’s backgrounds in Folk, Rock, and Reggae blend well together throughout the album and create a sound that really showcases his many talents. Three of my favorite songs on the album are “So Long”, “Sky Love”, and “Toy.”

Lee Calaghan from Evolution Music Press calls Mighty Mage, “a professional, dedicated artist that treats his art as a calling rather than a hobby“. “Expect to hear more from Mighty Mage, as he hones his craft and develops into an international star.”

I couldn’t agree more with Calaghan. Khalid Hussain is continuing to experiment and develop as an artist with his newest electronic instrumental project, Phasedge, which I recommend checking out. I’m excited to see where Hussain’s music journey will take him next. 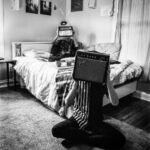 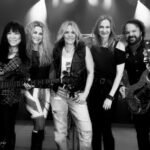