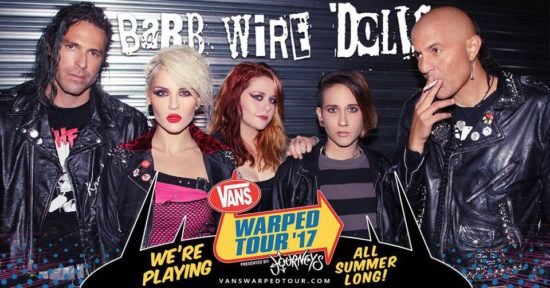 The band from Greece is making waves on this summer’s Vans Warped Tour. Barb Wire Dolls are a women fronted, punk rock band that have been killing it on the 2017 Warped Tour across the United States all summer.

Isis Queen, lead woman and vocalist for the five-piece band, makes a statement when entering a room. Her care free attitude shows off in her outfit, hair and makeup. A diy-ed crop top featuring “make riot not war” handwritten on, ripped up tights and combat boots are what the blond bombshell chose to keep cool in on the 90-degree day in Michigan.

Between sets, before Barb Wire Dolls dominated the Skullcandy Stage, Isis sat down in one of the few air conditioned rooms to talk Warped Tour, their latest album and the story behind it.

How’s Warped Tour been going for you?
Isis Queen: It’s going great. In the beginning, it was rough for us because our bus broke down. It was before the first show. But we got our feet together and Music Care, a foundation that helps our bands, stepped in and helped us out

What’s been your favorite part of the tour so far?
Isis:  Just meeting all the bands. I mean there’s over 50 bands on this huge gigantic tour. I never even heard of most of these bands going into this and now my whole like knowledge of certain genres of punk rock have opened up. You know what I mean? And it’s so cool meeting everyone.

Who have been your favorite bands?
Isis: William Control, like 80’s goth. Municipal Waste which is like thrash. Valient Thorr. Bad Cop Bad Cop, an all female punk band, they’re good friends of ours. Save Ferris, which is a old school ska band. There’s a lot. American Authors are really nice guys. New Year’s Day kicks ass. There’s so many.

Has there been any you’ve enjoyed watching the whole tour?
Isis: I think I based all those bands on performance, yeah.

If you could collab with one, who would you collab with?
Isis: One that’s on tour? Probably William Control. ‘Cuz I really like that gothy 80s new wave sound. It’s kinda new too, it’s coming back too. There’s a lot of bands that pretend to do that style but don’t quite hit it as William does. So, we are very influenced by all of that. Just peaks of that comes out in our music. But to actually go full force into that would be cool.

Do you have a new album out?
Isis: Yeah we just released our new album for Warped Tour. It’s called Rub My Mind and it’s out on Motorhead Music because Lemmy Kilmister signed us to his label. And it’s a great album. It’s got a great story to it.

The album was recorded in Joshua Tree, out in California. And there’s’ a studio out there called Rancho De La Luna. The owner of that studio is also the guitarist for Eagles of Death Metal. All that desert scene came out of that studio, like Queens of the Stone Age, Eagles of Death Metal. It’s like this historic studio. Sonic Highways did a special on it. And we were invited to go record there from Dave and it was such a great opportunity even though we only had like two, three songs. We were like let’s just go record them.

Well the night that we closed the studio time, he was in Paris getting on stage. That was the night of the Bataclan Paris Attack happened. It was such a horrific situation that we thought we weren’t going to record. They’d probably close down the studio. Go into hiding. Who knows. But no, Dave got in contact with us a few days later, said “you guys are still coming right? The music must still go on”. It just inspired a whole new album out of us. So in that week before we went to the studio we wrote the whole album. So the whole album is influenced by everything that went on during that week. Our own struggles, the struggles that went on on stage, emotional grief. And we recorded in two days. And then Iggy Pop came in and did Post Pop Depression with Josh Homee. It was a crazy week. But that album is out now and it’s kicking ass. And people are really connecting with it.

What’s your songwriting process like?
Isis: It’s a collaboration. Pyn Doll our lead guitarists writes a riff and then everyone else will kinda jump on it. But The songs write themselves essentially. They just come through the main persons and come out effortlessly. That how we recorded Rub My Mind, it just came out in a week. They just flowed out. It’s not I have a cool sentence, let’s make it into a song. It’s more like the emotion comes out.

How has America been treating you then?
Isis: It’s been great, really great. It appears there is a lot of open minded people. Especially with something like Vans Warped Tour, where you have a creative, artistic, alternative people coming to this festival. And all these different bands, they’ve really done a great job this year with opening the portholes to so many different kinds of music. And it’s showing in the kids. And they’re leaving inspired and knowledge and wisdom in their eyes.

Have you done anything super American while you’ve been here?
Isis: Like run around with an American flag? Eat 10000 hot dogs? No, I think I did all that the first time we were in the US. I’m over all of that. I don’t see borders or anything like that anymore. Everything is the same whether you’re in the US, France, Greece or you’re in Norway. THe only thing that separates us is religion and borders. Everything else is the same

What’s next for you guys after the tour?
Isis: We’ve been on tour since the beginning of April. So, we’re actually going to get three weeks off, which will be nice. We’re coming back to the US in the fall for a tour.

What are you looking forward to in your time off?
Isis: Surfing. I surf and so does everyone else in the band. We’ve taught them all. Remmington our guitar player surfs. Pyn Doll our lead guitarist used to be a professional surfer. We’re part of a surfing tribe back home in Greece. So, the first thing I’m going to do is put on my bikini and go out surfing! I haven’t been since April, it’s been a long time.

Be sure to follow Barb Wire Dolls journey and catch them all summer long on the 2017 Vans Warped Tour! 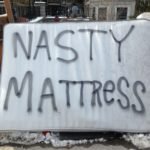 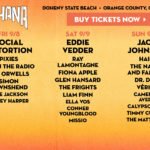