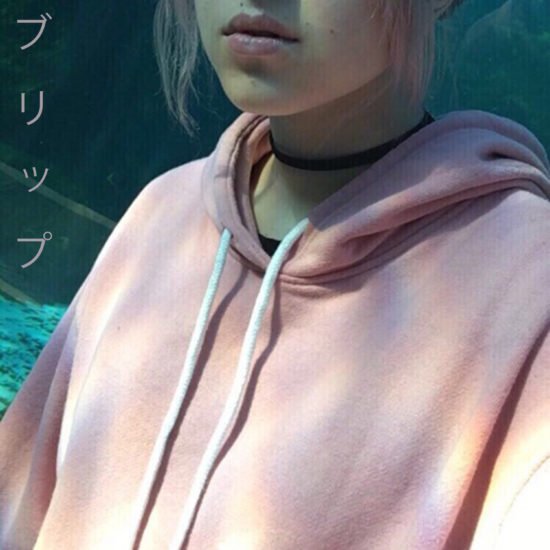 The search for the perfect musical partner can go on for years. Finding someone with a creative like mind can be extremely difficult as each of us has our own unique way of expressing our internal art. Luckily for our recent find blip, that partner was sitting at the same dinner table for years.

The ambitious musical project comes from the pairing of brother and sister Kat and Joe DeAngelo. The duo works together to craft a lo-fi ambient electro sound with angelic vocals that take the music to new heights.

Today, December 21st, 2018, will release thier debut self-titled Blip EP. The 5-track album was fully written, produced, mixed, and mastered by the duo. As the ambient wave of the opener “Capitalism” washes over you, a sense of relaxation seems to come directly from the speakers. Elegant keyboard lines and soft vocals wind their way through the deep haze of the song. The elegance continues on “It Be Like That” as a repeating scale provides the base for a more energetic track and some spoken word style vocals that share the raw emotion.

The lead single “Personally” adds a more conventional beat to build a full sonic tapestry for your ears. Samples are introduced to keep the listener guessing where the track will go. All the while staying entrenched in the warm cozy blanket that blip has provided for us.

The album closes with “The Great River Birch of Carlisle”. It is more solemn than the rest of the EP as a darker vibe creeps in. There seems to be a hop in the vocals that in the end, everything will be ok. If we let blip lead the way, it just may be.

We had a chance to chat with Kat and Joe to try and get even deeper into the blip sound. Here is the interview:

First off, how did the name blip come about?

k: I was sleeping and I woke up in a cold sweat and the first word that came into my head was blip.

j: Haha I actually didn’t know where the name came from but I liked it cause it was simple and catchy. Kat was already using the name to release stuff on SoundCloud and she agreed to release this new project under the same name.

j: I’ve always had a hard time ascribing genre labels to the music I create, but I would say that blip best fits into the downtempo/ambient electronica niche. It is definitely inspired a bit by lo-fi hip hop and vaporwave too. In the ep you will hear smooth synth sounds, relaxed drum beats, and angelic vocals combining to create a very chill atmospheric vibe.

k: I would describe it as lofi indie Sufjan Stevens random kinda shit

j: that works too

Which artists have influenced the development of blip?

j: I listen to almost anything but I would say Sufjan Stevens, Andrew Bird, and Wilco are most consistently my top three. According to Spotify this year I listened mostly to Hiatus Kaiyote, Anderson .Paak, and Louis Cole so take from that what you will. I am also currently studying classical violin at the Chicago College of Performing Arts so I listen to a lot of classical music too. For this project, I would say that the Jazz Vibes Spotify playlist also inspired me a lot. I listen to that playlist almost every morning at my barista job and the easy going beats really help get me going.

What do you like most about working with your sibling?

j: Kat is one of the most creative people I know! Most of the time I work with classical and jazz musicians who are highly trained in music theory. While that can be great, it is refreshing to work with someone who just plays music organically like Kat. Getting away from written down music and the theory behind it actually opens up doors to new possibilities and I always learn a lot from Kat’s approach to music.

k: I like working with my brother because we live pretty far apart now and I rarely ever get to see him. It is a great thing that we can connect through music, plus we both like memes so that makes recording/editing interesting.

k: Most of the music that I’ve written is deeply personal and includes lyrics that I have developed based on current or past feelings. I hope people can come up with their own interpretations of the lyrics or relate to them in some way. I think that’s a way I can reach my listeners.

j: I completely agree, not much I can add to that. Listen to it on headphones or good speakers with friends to catch all the feels.

How has the journey of preparing to release the debut blip EP gone for you?

j: I’ve learned a lot working on this release, and I will probably never try to release an EP during finals again haha. We did most of the recording for this album while I was home in Pittsburgh over Thanksgiving break and I grossly underestimated the amount of mixing and mastering work that was still required. After many nights of almost no sleep, I was somehow able to finish it in time. I totally understand now why it is not advisable to announce a release date before the project is finished.

k: To be honest most of the editing and production work is credited to my brother Joe. I wrote the lyrics for all of the songs except Great River Birch of Carlisle. I released my own versions of “It Be Like That” and “Personally” on SoundCloud, but the versions included in Blip EP are further edited. It hasn’t been too hard for me and I’m really grateful to my brother for his hard work on getting this published.

What advice would you give to other artists getting started with unique music genres?

k: Advice? Don’t compare yourself to other artists. Everybody has their own thing and if people try to compare you to somebody else just remember that your music is coming from the heart, and nobody can take that from you.

What is on the horizon for blip?

j: Because we live so far apart, it would be hard to put together a live show, but hopefully we can do one in the spring/summer! Ultimately, I just hope that we can continue to make more music together.

k: I’m hoping to keep writing songs unless I reach a writer’s block, and who knows maybe we’ll release a full album in the future. 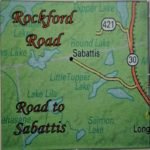 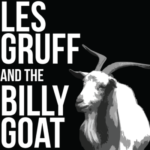