Just Rese gets our “HIPS” moving with new EP. 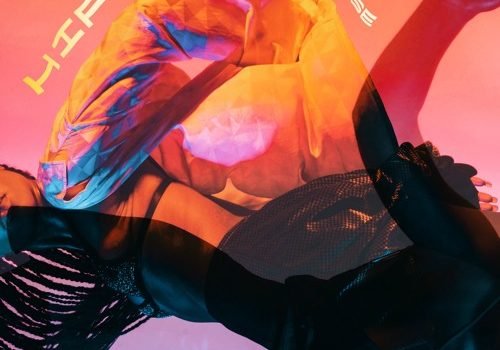 One of the most powerful aspects of Hip-Hop is how fluid the genre can be. Hip-Hop has the viscosity to sound soulful and soothing, or warped into a menacing piece of gritty street representation. Hip-Hop songs can be made into dance plays, activist demonstrations, urban pantomimes, or rambunctious thrash bangers.

Through this ability comes the ever-occurring experimentation with the genre throughout its lifetime. Since its inception in the 1980s, Hip-Hop joined forces with the sounds of Funk, Jazz, Reggae, and Neo Soul. The genre played with these experimentations throughout its growth and, as a result, succeeded in initiating a culture of progressive sound.

In today’s atmosphere, the likes of Kanye West, Chance The Rapper, Mick Jenkins, and Saba are among the few that cultivate the entanglement of these influences. Another like mind has emerged from the depths and is slowly but surely shedding his sound throughout Oakland, California.

Just Rese is a fan of dance culture. His music interlaces components of groove music and lyrical bounces. He hinted at this with his various singles from the past year, but this EP affirms that with acerbic clarity.

HIPS is set within a single environment, which is most likely a dance club. With the six tracks laced to the project, each track has its own dance rhythm and intrapersonal perspective, essentially on Just Rese’s figment of a romantic interest.

The EP starts out with the song entitled “Groov.” It’s apparent here that Just Rese is mostly having fun. The instrumental booms and bounces along with Just Rese’s chorus harmonies. Rese’s character is drowning himself in nightly club hedonism. He seems to be piqued by another figure within the same space. He details his infatuation with this figure and then goes back to near self-mockery.

Although, he reminds her and potentially himself to “not think too much about it.” It’s a song that serves well as the introductory track. Each song in this EP is introduced with a sample call from the apparent romantic interest.

His love interest is constantly inquiring for his availability and attention. In the song “All Night,” she’s asking about when they’re able to see each other. The song then heads into the Neo-Soul inspired grooves. I can appreciate the temporary horns in the background and the consistent percussion rattling within the beat. There’s a “Samba” aesthetic within the R&B synths that add rarefied coolness to the song. Just Rese has finally got the girl he desires and is now detailing his promiscuous intentions with her.

In ‘Trillionaire,” the beat reverberates at a slower pace, allowing the bass to really slip into the music. In the introductory phone call, Rese’s love interest exposes him acting rude on their night together, detailed in the previous track. Rese then proliferates his perception of the possible downfall of their relationship. From this track, I can start to appreciate how Rese flows so smoothly with his wordplay. “When we kiss, I’m staring at the eyes of God. Girl, I’m positive I know exactly who you are.”

“She don’t want to be with me, cuz a nigga be lyin’. I deleted all my history. I should know a nigga was lyin’.” This is the first line that begins the track “Lyin.” Rese and his partner are now at the renouncement point of their supposed relationship. Within the beat that includes chord chimes and shaking samples, there’s something about the monophonic harmony that adds to its sweetness. The track is short, just below a minute and forty-five seconds, and does not include any vocals from Rese. Instead, there is a flowing croon that adds even more sweetness to the beat. Compared to the other tracks, there isn’t much being displayed here. From its simplicity, the track produces an equanimous nature – a nice break from the ravenous dance rhythms.

The sweetness eventually sours up and becomes one with jungle fever. The jumping snares come back and eventually, Rese’s bravado personality comes into play again in the song “Yes,” which features lyrics from Caleborate and Stoni. The dance rhythm includes reverb’ed chimes and chords that add to the potently focused R&B sounds. This may be the best track when it comes to lyrical content, as it features three lyricists who boast about their un-satiated lust and glamorous intentions. At this point, Rese has forgotten about the dramatic relationship and goes back to his swagger roots from the song “Groov.”

Just Rese’s arrogance is once again in a flow state. “Live with mistakes and lessons. You find kindness and best friends, I find soul lace, silence, and good sex,” is what he pontificates in the coda of the EP, “Holding On.” He follows back to his breathless flow and vigor. Here, Rese enjoys the stripes of older jungle fever translated into digitized drums and keys. Although, it seems like his voice is the more important key than the instrumental in the song. As Rese riffs away with his libretto, there is a choir that lasts for the last minute, easing into the end of the EP.

Just Rese is just getting started with his career. Through sheer will and consistency, he may reach the potential he visualizes. Although not the most rehearsed effort the genre has to offer, Just Rese shows enough composed attitude in this EP to project confidence. As he refines his sound he may find something more than success in the future. 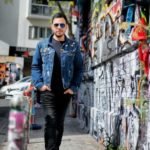 FHERNANDO Gives Us 'All I Have' Previous
IBG Interview - 9 Questions With... Grant Smith Next 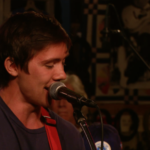