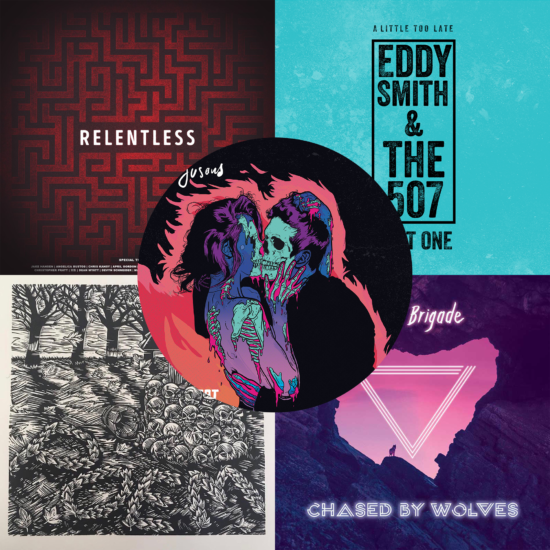 Over the past few years, we have been spoilt with the quality of new music. Sadly, I don’t feel 2019 has followed that trend. Don’t get me wrong, there have been some excellent releases but not as many stand out when I think about my top 5 releases of 2019. But, I don’t want to dwell on the negatives. Let’s talk about the music which caught my attention the most. For me, the best music is created by independent and unsigned artists. Without the restrictions of labels or what the market requires, their songwriting is freer. As a result, the quality is higher.

When compiling my favourite releases of the year, it was interesting to see that they all had a common trait. It was the quality of the lyrics within the songs and the honesty within their words which drew me in, as well as the stories they were sharing.

With each new release, Jeremy Squires has continued to stay true to his music. He does so by creating honest songs, that are at times a reflection of how his world used to be. They are a personal journal about challenging times from his life.

With his new album Poem, this trait continues to be an integral part of his songwriting.  These compelling stories take the listener on a journey filled with an array of emotions. Along with his wife, Shelley Ann Squires, each tale is shared in a captivating manner that makes this album one not to be missed.

It is difficult not to be taken over by the groove that flows through the two-part EP by Eddy Smith and the 507. They bring their style of soul that would not be out of place during the height of the Motown era. Together they create a captivating soundtrack which ranges from toe-tapping funk to some emotive moments.

All of this is helped along by their ringleader Eddy Smith. He uses his vocals and skills on the keys to grab the listeners attention. He has a presence that deserves the praise it has been receiving. However, this is not a one-man show as the 507 intensify the mood thanks to their musical talents. A Little Too Late is a double hitter that you will not forget!

As soon as you press play on Chased by Wolves, you are drawn in by Flight Brigade‘s electro-pop sound. It is a trait which continues throughout the album and one-half of what makes this release stand out so much. Each member is such an integral part of the band machine. Together they ensure each song is delivered with maximum effect.

Flight Brigade has grown so much since their last album. Along with their sound, the strength of the lyrics has improved so much. They always knew how to create infectious hooks, but this collection of songs have an honesty which makes them more compelling. The stories behind some of their tracks shows how fearless they have become with their writing. It has resulted in a release which people will connect to and their best work to date.

Read more at Chased by Wolves by Flight Brigade

Ever since discovering the music of Citizen Soldier, I wanted them to release an album. With many singles and a few EP’s already out there, a full release results in a better showcase of the emotive rock that they create. Fans rejoiced when the band hit the studio to make this request happen. The result was named Relentless, and it did not disappoint.

Citizen Soldier has wowed listeners with the depth of emotion within their lyrics. This quality remains the foundation of the new album. Along with their way with words, this band also know how to deliver the right mood for each tale. Their soundtrack brings each song to life along with a vocalist who connects with what they create. It all comes together to create a flawless collection of songs.

No album has impressed me more than the new album by Van Susans. I have followed their career over the last few years, and it has been a delight to watch them grow. However, what they created with Human Heat went way beyond my expectations. Even when they released their single “Crossroads”, it was different from their previous work but thought it might just be a one-off to test the waters with a possible future sound. I was wrong!

Every part of their songwriting has evolved. The band have come together to create a sound with added depth, and their vocals are stronger than ever. As for the lyrical qualities, this is what has impressed me the most. I am not sure what has changed since their last release, but their storytelling has gone to a whole new level. To hear how far they have come, listen to the track “Life and Other Things”.

Human Heat is a testament to a band that is not afraid to learn and grow. They more than deserve the praise they will receive for their album. If there is one album which people need to hear from this year, then this is it!

Now that this year is coming to a close, I am already looking towards 2020. Some new music has already been brought to my attention, including a big contender for next years number one spot. To find out who that is or what other music is catching our attention at IndieBandguru.com, you will have to stay tuned! 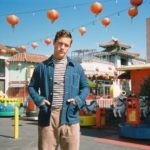 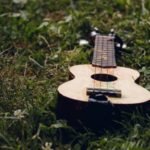